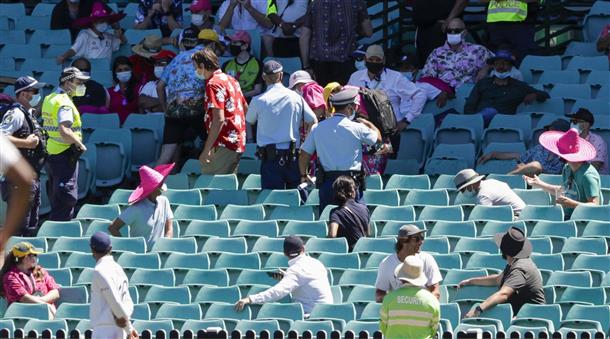 Racism should have no place in any society, and most certainly not in sport, which often represents the best in human beings. The third Test between India and Australia in Sydney, though it ended in a draw, did have all the elements that cause fans to idealise sport — heroic performances by the hosts, great mental and physical toughness displayed by the visitors as they ground out an honourable draw. Yet, the contest was soured by revelations that a few Indian players were targeted with racist abuse by spectators during the match. It seems the worst was reserved for Mohammed Siraj — playing only his second Test — who was allegedly called ‘brown dog’ and ‘big monkey’. Siraj promptly reported the matter to his captain and match officials, and a few spectators were ejected from the stands.

The matter is being investigated, and it would be unwise to jump to conclusions. But, on the basis of lived experience, players, immigrants and short-term visitors to that country report that some Australians display racist behaviour. Most Indians who have visited that country for some duration have their own ‘racism’ story to relate. Ravichandran Ashwin, who has toured Australia four times, said about the crowd on Sunday: ‘They have been quite nasty… But this time they’ve actually gone up a step higher and used racial abuse.’

Abuse is often passed off as banter in grounds in Australia. It happens elsewhere too, but it seems that the ‘banter’ is the sharpest, with a racist edge, in Australia. It has emerged as a multicultural country only in recent decades — the ‘White Australia’ policy was discontinued only in the 1970s, and non-Whites became a sizeable chunk in even the biggest cities only over the last 20-odd years. Acceptance and assimilation can’t be instantaneous. Yet, most Australians are welcoming of visitors. When it comes to sport, though, even they can be extremely nationalistic. Glass after glass of beer, while ‘barracking’ opposition players, can cause anyone’s latent racism to bubble over. This seems to have happened in Sydney. The authorities will do well to stop the abuse of players, and punish the perpetrators if it turns racist.