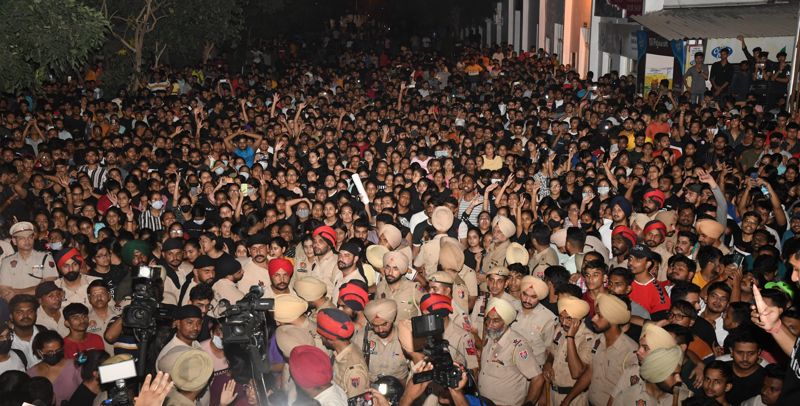 A fair and thorough investigation has been promised into the allegations of objectionable videos being shot and circulated from the girls’ hostel of a private university in Punjab. - Tribuen file photo

A fair and thorough investigation has been promised into the allegations of objectionable videos being shot and circulated from the girls’ hostel of a private university in Punjab. As police teams try to get to the bottom of the matter following protests by students, the issues that need urgent attention are the lack of awareness about privacy laws and the reluctance to seek assistance in such matters. The police force faces a huge communication gap in gaining the public's trust about its authority and capability to trace the perpetrators, get videos removed from most websites, and ensure harsh punishment that the laws mandate. For a victim, panic reaction and experiencing a sense of shame can be the most obvious fallout. It's the reassuring presence of sensitised, trained and suitably equipped professionals which is vital to ensure that such crimes get reported in the first place.

For educational institutions, the incident is an urgent wake-up call to put in place, with expert help, stringent protocols on what to do in the likelihood of any such situation. It is too serious a matter to be confined to notice board announcements. Let the orientation sessions, where the presence of the staff and students is compulsory, list out real-life instances, how almost all the cases are cracked and the consequences of such criminal acts. Wide publicity is essential to generate awareness about privacy invasion, cyber threats, legal remedies and the presence of technological wherewithal that will lead to the perpetrator sooner than later.

There’s bound to be a long list of institutions which promise a surfeit of facilities to boarders and day scholars for the steep fee charged, but fall way short. Now is the time for self-appraisal and making amends. A student’s rage can be an outpouring of a complex mix of unattended issues. The race for grading is a legitimate pursuit, but so should be addressing the concerns of the primary stakeholder — the student.