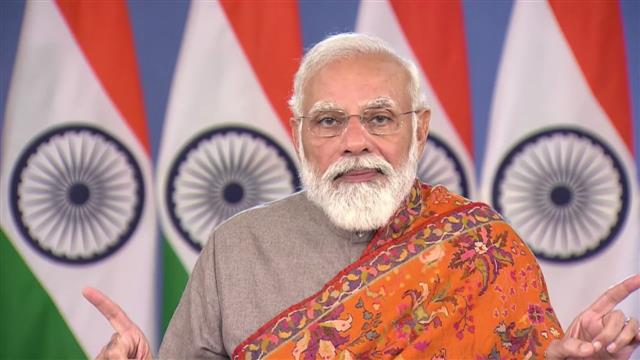 IT’S a historic climbdown, one which had an air of inevitability about it. Barely a week before the completion of one year of the farmers’ agitation at Delhi’s borders, the Union government has decided to withdraw the three contentious farm laws. - File photo

IT’S a historic climbdown, one which had an air of inevitability about it. Barely a week before the completion of one year of the farmers’ agitation at Delhi’s borders, the Union government has decided to withdraw the three contentious farm laws. The protesting farmers have every reason to celebrate the outcome of their tenacious struggle against all odds. They braved the vagaries of the weather, a raging pandemic and the might of the government of India. The overall cost of the prolonged stir has been huge: around 700 protesters have lost their lives, while the Central and state governments have suffered heavy economic losses. It was in January that the Centre, after a nudge from the Supreme Court, had agreed to keep the laws on hold for a year and a half, but the farm bodies rejected the moratorium and stuck to their stand. The agitation took a violent turn in Delhi on Republic Day and at Lakhimpur Kheri last month. The deadlock continued for far too long, with no resolution or rapprochement in sight, till the Centre finally saw reason and blinked.

The Samyukt Kisan Morcha, an umbrella body of 40-odd farm unions, has welcomed PM Modi’s announcement, but stated that it will wait for the repeal to take effect through ‘due parliamentary procedures’. The morcha has flagged pending issues such as statutory guarantee of remunerative prices for all agricultural produce. For now, the wisest course for the farmers would be to end the agitation and return to their fields. Though agriculture was easily the most resilient sector during the Covid pandemic, Indian farming finds itself at the crossroads, with climate change and dwindling natural resources being among the major challenges. There is no room for intransigence anymore. Our agriculture can be future-ready only if the spirit of cooperation and collaboration prevails over discord and discontent.

The Centre should honour the hardy farmers’ love for the soil and soul of this land. They farm and fight for the nation, and their apprehensions should be allayed while the Centre regains their valued trust, looking beyond political and electoral considerations.