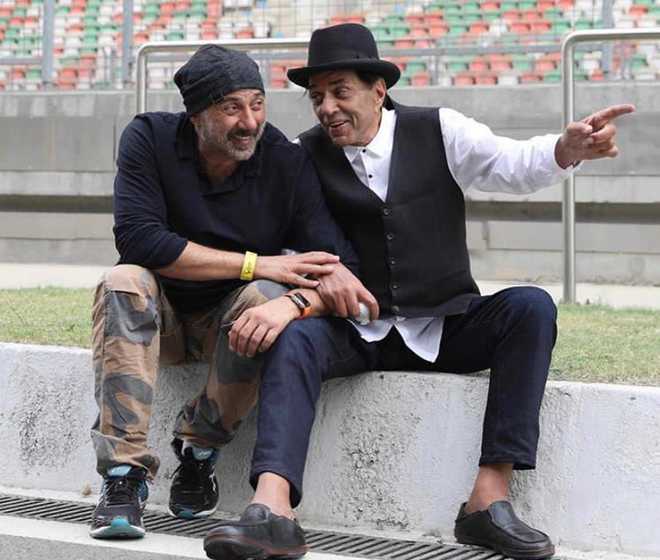 Actor Sunny Deol and his father Dharmendra, it seems, continue to have a gala time in the mountains. We’ve been getting glimpses of their vacay, thanks to their social media handles.

Some days back, Sunny Deol shared a video with daddy Dharmendra where the superstar shared that they were camping at a site set 9,000 feet above sea level.

Before that Dharmendra took to his Twitter account to post a clip of the Atal Tunnel and spoke about his excitement to be there and how many movies he has shot on the snow peaks.

That’s not all. We know that the family is spending some quality time together because in one such clip Sunny Deol was seen playing in the snow with his mother Prakash Kaur.

A doting father, Dharmendra couldn’t decline Sunny Deol’s request and we can see the love in eyes as he hums the song.

This song was on in Sunny’s car . Suddenly, Sunny said papa please sing this lovely song for me . ……..I couldn’t say no…. Hope you like it ……🌹 pic.twitter.com/8WBn4eG24o

He captioned it, “This song was on in Sunny’s car. Suddenly, Sunny said papa please sing this lovely song for me….. I couldn’t say no…. Hope you like it….”