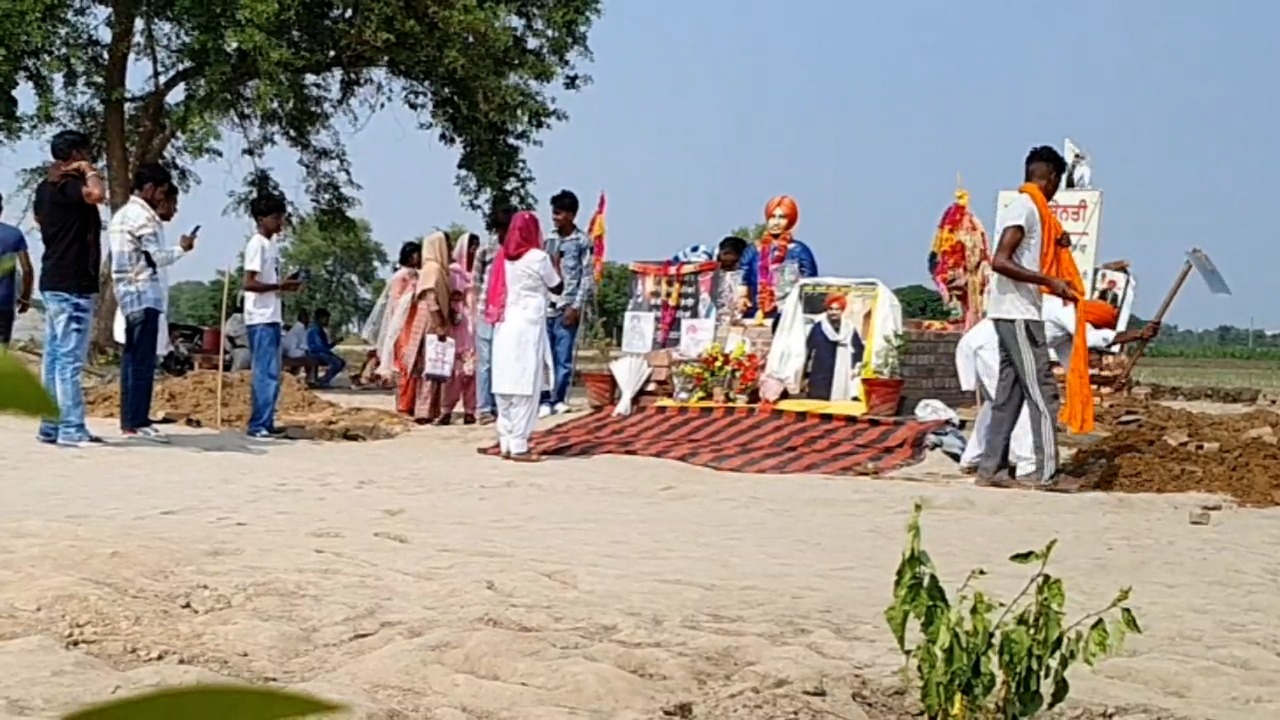 It’s been a month today since Punjabi singer Sidhu Moosewala was brutally shot dead at his village in Mansa.

Meanwhile, a fan from Abohar has come to Musa village with his family to build a statue of the singer. The statue has been installed it in the field where Sidhu Moosewala was cremated.

The fan works as a labourer. He claimed that he was an ardent supporter and fan of Sidhu since a long time and to pay him tributes, he built the singer’s statue.

An appeal was made on the behalf of Sidhu's family that whoever wished to pay tributes to the singer must plant a sapling in the field around the statue. After which, a large number of fans are reaching Musa village to plant a tree.