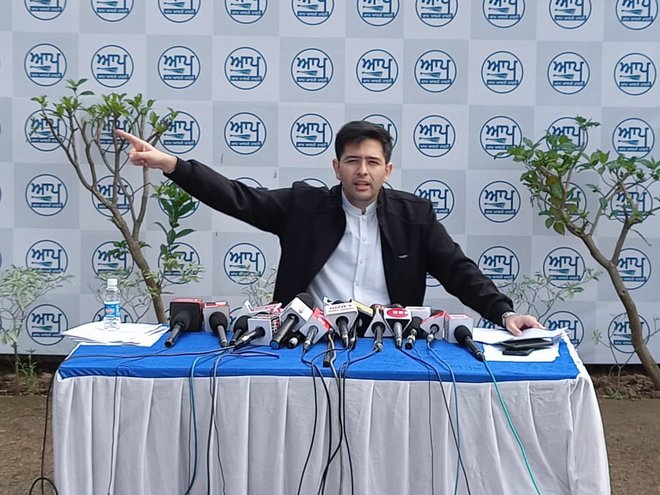 Announcing legal aid to farmers who have sued BJP leaders and celebrities, including actress Kangana Ranaut, the AAP today condemned the Punjab Congress for opposing the SGPC decision of not inviting Prime Minister Narendra Modi to the 400th birth anniversary of Guru Tegh Bahadur.

Amarinder is PM’s agent in state

Capt Amarinder Singh visited Delhi to meet Union Home Minister Amit Shah, but he did not bother to travel a few extra kilometres to meet the struggling farmers… he is the Prime Minister’s agent in Punjab.

He said the party condemned the remarks made by Punjab minister Sukhjinder Singh Randhawa opposing the SGPC decision not to invite the Prime Minister for the upcoming centenary events, including the 400th birth anniversary celebrations of Guru Tegh Bahadur.

Claiming that the entire nation was against the PM due to the farmers’ movement, Chadha said the Captain-led Congress government was advocating inviting him as the chief guest for the upcoming centenary events to be organised by the SGPC.

He said Capt Amarinder visited Delhi to meet Union Home Minister Amit Shah, but he did not bother to travel a few extra kilometres to meet the struggling farmers.

Chadha further alleged that Capt Amarinder was the Prime Minister’s agent in Punjab and it had been proven time and again during the farmers’ struggle.