Akshay Kumar felt closest to being a hero when he won two stuffed toys : The Tribune India 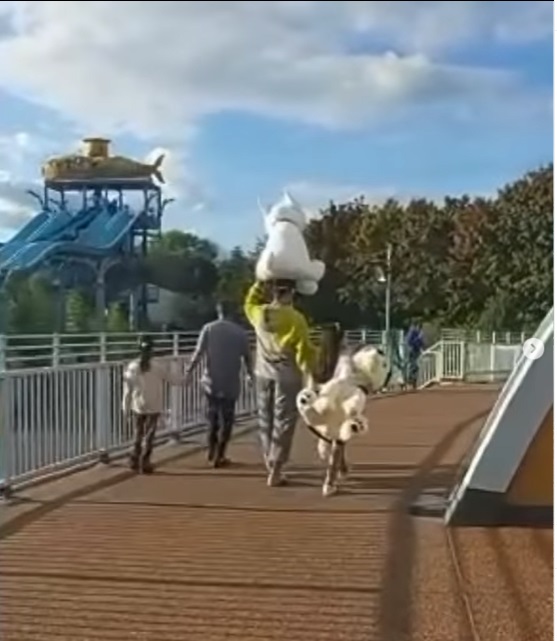 Bollywood superstar Akshay Kumar might not have had a successful run at the box-office and OTT this year, so far, but a recent outing with his daughter Nitara made him feel like a true hero. The actor took to his Instagram to share a video and a picture of himself roaming around an amusement park with Nitara.

He captioned his Instagram post: "Took my daughter to an amusement park yesterday. Looking at her happy smile on winning not one but two stuffed toys for her was hands down the closest I've felt to being a hero. #BestDayEver." In the picture and the video, Akshay and Nitara can be seen with their backs facing the camera and holding soft toys while roaming around the park. The actor is at his casual best in loose clothing with a huge soft toy over his head.

On the work front, Akshay's four films have tanked this year, including the theatrical releases of 'Bachchhan Paandey', 'Samrat Prithviraj', 'Raksha Bandhan' and the streaming movie 'Cuttputlli'. A Hindi remake of the 2018 Tamil film 'Ratsasan', 'Cuttputlli' has reportedly become one of the least watched films on OTT.