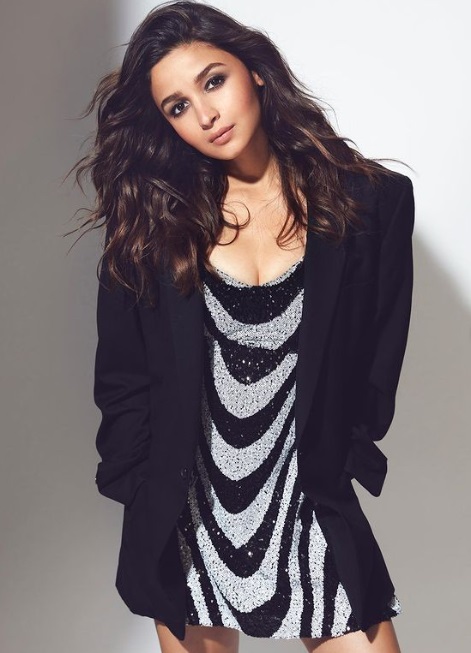 Alia Bhatt has her hands full. She is promoting her maiden production Darlings and how! Interviews, photoshoots, public appearances, Alia is doing all this and more to let her fans know about her Netflix film.

The actress was recently spotted at a promotional event and needless to say she looked gorgeous. Dressed in a black and grey sequined mini dress, she teamed it with Ranbir Kapoor’s black blazer.

Alia shared two pretty pictures from the Darlings promotion shoot on her Instagram and in the caption she revealed that it’s Ranbir’s blazer that completed her look. She wrote, “while the husbands away — I stole his blazer to complete my look today — thank you my darlings (sic)."

Looking confident as always, Alia couldn’t hide her baby bump under the blazers. Her fans loved her in the outfit but they were concerned about her wearing heels during pregnancy. “It's high time alia should stop wearing heels. Definitely not suggested for pregnant woman , For her safety only,” wrote one user. A fan commented, “Pregnancy me heels nhi pahante baby.” A third one said, “Why heels?”