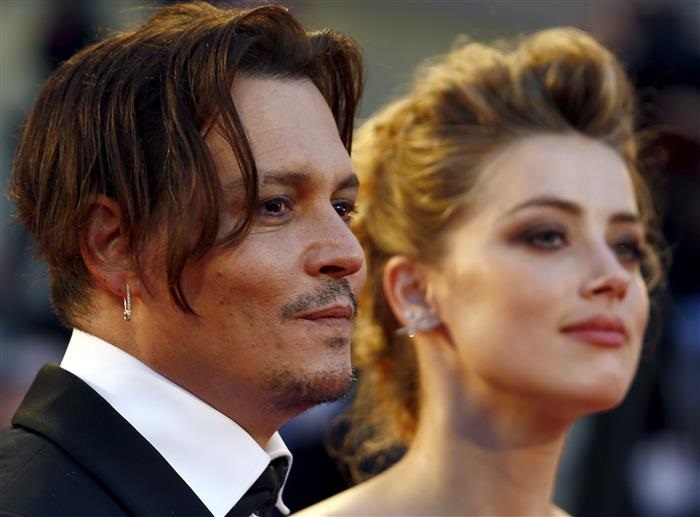 Hollywood actress Amber Heard filed a notice of appeal on Thursday of the $10 million defamation verdict that a Virginia jury awarded to her ex-husband and Hollywood star Johnny Depp.

Heard's lawyers had announced that they would appeal immediately after the jury found on June 1 that she had defamed Depp by publishing an op-ed in the Washington Post in which she described herself as a "public figure representing domestic abuse, reports Variety.

The jury held that the statement was false and was made with "actual malice." "We believe the court made errors that prevented a just and fair verdict consistent with the First Amendment," Heard's spokesperson said on Thursday.

"We are therefore appealing the verdict. While we realise today's filing will ignite the Twitter bonfires, there are steps we need to take to ensure both fairness and justice."

In response, Depp's representative said that his team remains confident the verdict will be upheld. "The jury listened to the extensive evidence presented during the six-week trial and came to a clear and unanimous verdict that the defendant herself defamed Mr. Depp, in multiple instances," his spokesperson said.

"We remain confident in our case and that this verdict will stand."

The jury also found Depp liable for a statement made by his attorney, Adam Waldman, in which he accused Heard of fabricating a "hoax".

The jury ordered Depp to pay $2 million for that statement.

According to Variety, Heard's lawyers had previously asked Judge Penney Azcarate to set aside the verdict for several reasons, including the allegation that one of the jurors showed up to the trial despite never receiving summons.

Azcarate denied Heard's request, finding that she had waited too long to raise her objection and had not shown she was denied a fair trial.