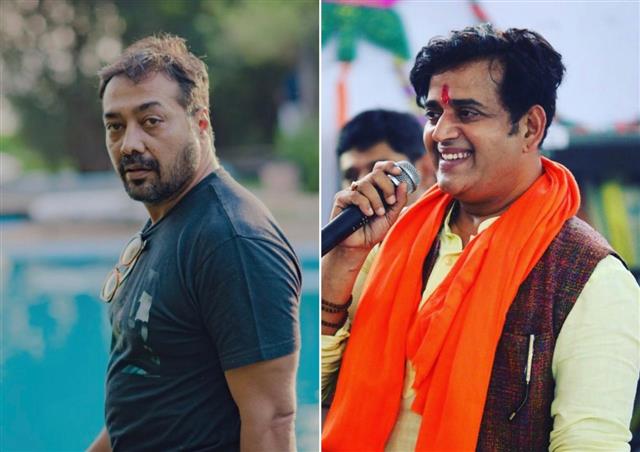 Filmmaker Anurag Kashyap is irked by the recent statements of actor and Member of Parliament Ravi Kishan. Ravi talked about the "drug abuse problem" in the industry.

The filmmaker revealed that Ravi himself used to smoke weed, but he doesn't judge the MP for it.

“We know the problem of drug trafficking and drug addiction is increasing. In this conspiracy, our neighbouring countries are involved... Drugs come to this country via China and Pakistan. Our film industry, too, is affected,” Ravi Kishan had said.

“The Government should stop this conspiracy of neighbouring countries to destroy our youth,” he had added.

In conversation with journalist, Faye D'Souza, Anurag talked about how Ravi's stand troubled him.

“Ravi Kishan acted in my last film Mukkabaaz. Ravi Kishan starts his day by saying Jai Shiv Shankar, Jai Bam Bhole. Jai shiv Shambhu For the longest period of his time, he has been somebody who has used weed. It is life. Everybody knows it. The whole world knows. There’s not a single person who doesn’t know that Ravi Kishan does not smoke up. He might have quit now, that he has become a minister, he might have cleaned up,” said the director.

“So when he talks about it, when he takes a self-righteous stand, I have a problem with that,” he concluded.

Ravi Kishan has not yet responded to Anurag Kashyap’s statements.