This is Kashyap's fourth project with Netflix after “Sacred Games” 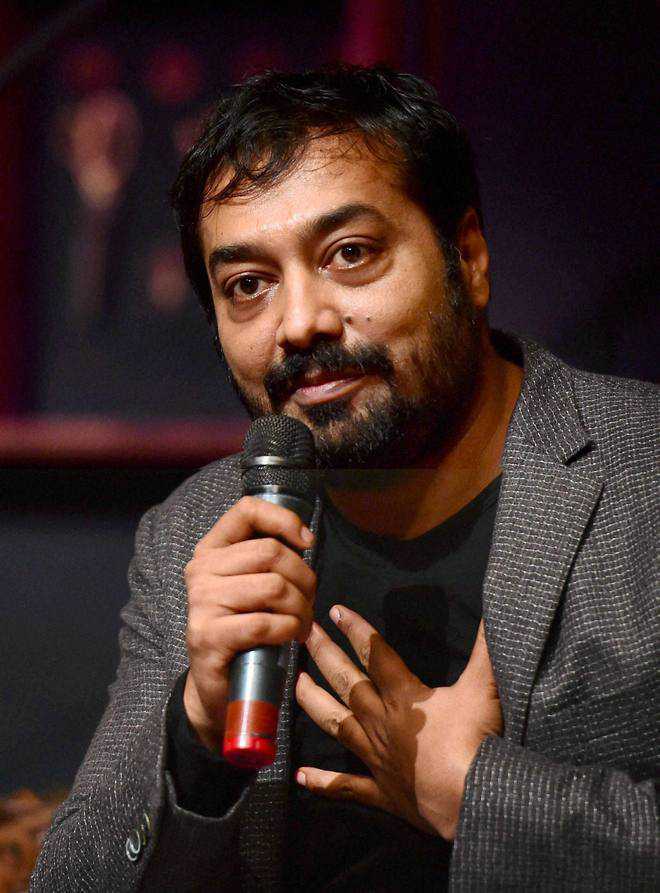 For director Anurag Kashyap, demonetisation had to be a part of a movie dealing with money and marriage, but he says the characters in “Choked: Paisa Bolta Hai” don't reflect his politics as they are more concerned about daily survival.

The film, Kashyap's exploration of a marriage in a middle-class household and how it is shaped by financial concerns, revolves around a bank cashier, Sarita, and her unemployed husband, Sushant, played by “Mirziya” star Saiyami Kher and "Moothon" actor Roshan Mathew.

Struggling to pay her bills, Sarita's life takes a turn when she chances upon a secret source of seemingly unlimited cash in her home.

Kashyap said the film, which began streaming on Netflix from Friday, took some time to be made as he was busy with other projects, and when demonetisation was announced in 2016, it led to further changes in the script by Nihit Bhave.

“When you are making a movie which is about money and marriage then demonetisation has to be a part of it. We wanted to use it as much as it was a part of middle-class life,” Kashyap said when asked about bringing demonetisation into the story.

“It was very clear that my personal politics, which I put on Twitter, can't be the politics of the characters in my films. They are not that privileged. If someone is struggling with daily survival, they don't have time to think about politics. They look at what will benefit them. It's the job of filmmakers to chronicle the times—here is it based, the city, milieu and time,” he told PTI in an interview.

Kashyap said the film would have come earlier but it took them some time to get the permission to use all the real footage, including that of Prime Minister Narendra Modi.

The lower-middle-class couple at the centre of the film is surrounded by colourful neighbours, caring as well as nosy, played by the director's "Sacred Games" stars Amruta Subhash and Rajshri Deshpande.

The intermingling of the characters harks back to the middle-of-the-road cinema of the 1970s where neighbours were a big part of the story.

Kashyap said most of it was in Bhave's script, while some of the nuances came from the characters and their own experience of living in Mumbai.

“We all come from the middle class, and we never forget that. A Maharashtrian middle class is different from a north Indian or Punjabi middle class. It's in the way they talk, the trust and camaraderie they have. It all came from Nihit and Amruta...

“Most of the lines were not written but came from the personal experiences like if you live in Mumbai, it's a guarantee that your plumbing will leak because there is so much rain,” he said.

Saiyami's Sarita, a singer who lost her confidence on a reality show stage and is haunted by it as well as her husband's inability to follow his own dreams, was an interesting character to explore for the director.

“The biggest issue that we middle-class people have is that we try to hide our crisis, thinking ‘what will people say'. The only rule I followed was that the moment there is a crisis, people start closing their doors. Every door in the apartment building is open, except Sarita's. She does not want anyone to have a peek into her marriage,” he said.

The film, unlike most of Kashyap's filmography that includes cult favourites such as “Black Friday”, the two-part revenge drama “Gangs of Wasseypur”, "Dev D" and "Ugly", has a lighter touch.

Asked about that, the director quipped he did not let his “natural, baser instincts” to seep into the script because of Bhave and his actors.

“They had made me feel so guilty over the years about not making the film sooner that I was scared this time,” he said.

Kashyap said when he met Saiyami, he knew she will pull off the role of a wife and mother of an eight-year-old.

“The struggle with Saiyami was that she did not look like the character, but she felt like her. Saiyami is too glamorous and young to play the part. But she took it upon herself to convince my other team members. She put on so much weight, transformed herself and sold the idea to us."

The director liked the role that Roshan played in “Moothon” and sent him the script without even meeting him.

“There was a certain honesty in the character that felt like Sushant even though what I saw in 'Moothon' was a very different character,” he added.

This is Kashyap's fourth project with Netflix after “Sacred Games” and ensemble movies “Lust Stories” and “Ghost Stories”.

Kashyap said the streamer gives him a bigger audience while ensuring that commercial concerns don't muddle with his creative process.

“It also gives me space and trust to make the kind of films I want with the actors of my choice. I am not forced to cast somebody unlike when you make a mainstream movie. Here no one will ask that Saiyami's first film did not work or Roshan is from Malayalam cinema,” said the director, who also launches his production house Good Bad Films with the movie.

Started in partnership with Dhruv Jagasia and Akshay Thakker, Kashyap said the production house has “no ambition” to become a studio.

“I have no ambition other than making good films like we always want to. We don't have the ambition to become a studio or to go anywhere that will take us to a path full of holes,” he said. PTI