Arjun Mathur knew Made in Heaven was special; Emmy nomination confirmed it 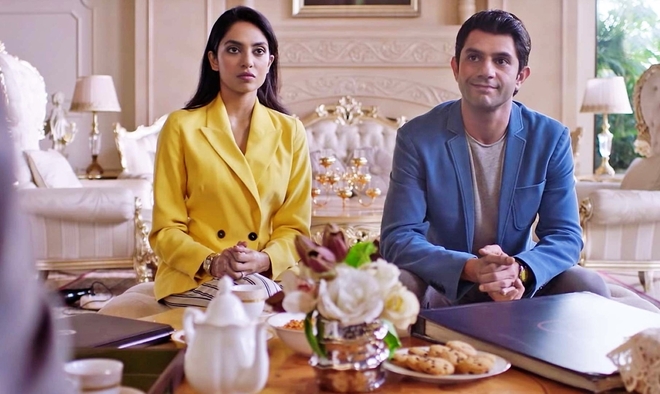 Arjun Mathur (R) in Made in Heaven

Recently, the International Emmys announced its nomination list and among those who have earned a spot is actor Arjun Mathur. He has been listed alongside three other actors from across the world in the Best Performance by An Actor category for his work in Made in Heaven.

And Arjun sure is ecstatic. “It feels great and I am pretty damn excited. It is a dream for every actor. When you work so hard and your work is being appreciated, when it resonates with so many people, it is really special. It does feel like some form of culmination of one stage of the journey because I’ve been acting for 13 years.”

An international nomination is a big recognition and is likely to change his career graph. But Arjun doesn’t agree. “Wherever I am, I am going to approach my work exactly as I have been doing. I worked as hard for Made in Heaven as I did for any other project. I don’t expect my life to change suddenly because of this nomination. I like to keep my expectations a little tempered because you know having really high expectations often leads to disappointments. So, it is better to just go with the flow.”

Arjun agreed to play Karan Mehra after reading the script. He says, “I saw that this show was against patriarchy, misogyny and many archaic customs, traditions and laws… Also, primarily the story was all told from a female perspective.”

Karan Mehra is a complex character and he is a gay. Was it any different than playing a straight character? He says, “No, not at all. In my mind, there is no difference because I am not approaching a character thinking ‘oh this is a gay character’, I am approaching it as a human’s emotional journey and the fact that he likes to sleep with men is just incidental. Nobody ever asked me how was it to play a straight character. Somewhere I feel this question is a little wrong and might offend the homosexuals.” There is need for change, the actor adds, “Made in Heaven is one small step in that direction and thankfully it has made some difference, but we have a long way to go. I want to see gay actors come out and represent themselves. And I do want people to stop asking me how was it to play a gay character because that question is creating a division.”

His plate might seem full but there is a dream project that Arjun would love to do. “I want to do everything, play myriad roles but if you were to ask me about my dream role, I would love to be in the Marvel cinematic universe.”

For now, he has joined as an ambassador for MTV Organ Daan initiative to spread awareness about organ donation. The actor says, “We waited for more than two years to get a kidney for my brother Gautam. During that experience I learnt that only one in every 10 lakh people sign up to donate their organs, whereas just one organ donor can save up to eight lives. These numbers are astounding if you think about it. If 10 people signed up, 80 lives could be saved. I think the reason why the numbers are so few because of the myths surrounding organ donation. I want to encourage the youth to get educated about it, break the stereotype and pledge their organs. There is no greater good than saving a life.”