Brat Pitt won't 'own anything he didn't do': Lawyer on altercations with ex Angelina Jolie : The Tribune India

Brat Pitt won't 'own anything he didn't do': Lawyer on altercations with ex Angelina Jolie 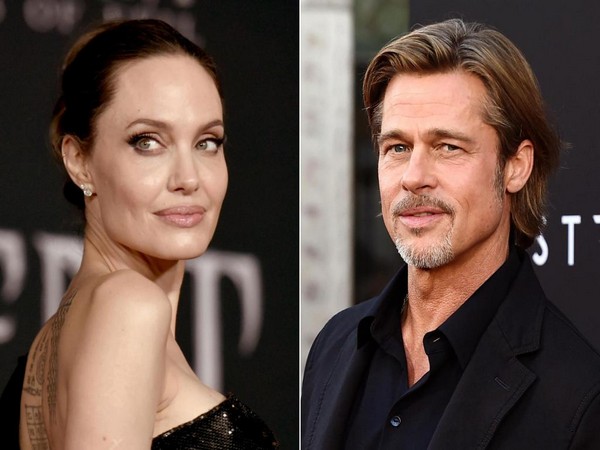 After Angelina Jolie's legal team alleged that her ex-husband Brad Pitt 'choked' their child and 'struck another in the face', Pitt has come up with a new statement.

According to Page Six, the actor's lawyer has said that Brad won't "own anything he didn't do". According to Pitt's lawyer, Anne Kiley, "Brad has owned everything he's responsible for from day one — unlike the other side," she told Page Six on Thursday.

"He's not going to own anything he didn't do," the statement continued. "He has been on the receiving end of every type of personal attack and misrepresentation." "Thankfully, the various public authorities the other side has tried to use against him over the past six years have made their own independent decisions. Brad will continue to respond in court as he has consistently done," added Kelly.

Two days ago, Angelina Jolie had filed a countersuit against Brad Pitt. According to Variety, in the countersuit, Jolie's legal team provides new information regarding an alleged altercation between Pitt, Jolie, and their children aboard a plane in September 2016.

Jolie sold her share of Chateau Miraval without telling him, and Pitt then sued her, claiming she had violated his "contractural rights."

Variety reports that in the countersuit, Jolie's attorneys assert that negotiations with Pitt's team about selling her stake in the business came to an end when Pitt insisted she sign "a nondisclosure agreement that would have contractually prohibited her from speaking outside of court about Pitt's physical and emotional abuse of her and their children."

The countersuit claims that during the 2016 confrontation, "Pitt choked one of the children and struck another in the face" and "grabbed Jolie by the head and shook her." According to Jolie's attorney, Pitt accused her of being "too deferential" to their children, which sparked the argument. The two began to argue in the aeroplane's restroom.

"Pitt grabbed Jolie by the head and shook her, and then grabbed her shoulders and shook her again before pushing her into the bathroom wall," the countersuit reads. "Pitt then punched the plane's ceiling numerous times, prompting Jolie to leave the bathroom."

According to Variety, the countersuit claims that after one of their children defended Jolie, Pitt made an attempt to physically assault the child.

"When one of the children verbally defended Jolie, Pitt lunged at his own child and Jolie grabbed him from behind to stop him," the countersuit states.

"To get Jolie off his back, Pitt threw himself backwards into the aeroplane's seats injuring Jolie's back and elbow. The children rushed in and all bravely tried to protect each other. Before it was over, Pitt choked one of the children and struck another in the face. Some of the children pleaded with Pitt to stop. They were all frightened. Many were crying." Variety further reported - Jolie then "arranged for separate transportation at the airport" to bring her and the children to a hotel without Pitt, the suit continues. "She then went to wake Pitt up and told him that she and the children were going to a hotel. Pitt once again screamed at her, pushing her down again."

According to Variety's August report, Jolie was the driving force behind a 2016 lawsuit in which the plaintiff claimed that her "then-husband" had raped her on a private plane.

An FBI agent was contacted by the actress after she claimed that Pitt had "physically and verbally assaulted" her and their kids, and the agent later met with the assistant US attorney. After the agent said they would not press charges, Jolie secretly sued the FBI under the Freedom of Information Act to get access to records pertaining to the federal investigation into Pitt.

According to Jolie's attorney, the FBI agent who looked into the claims "concluded that the government had probable cause to charge Pitt with a federal crime for his conduct that day." This is stated in the current countersuit.