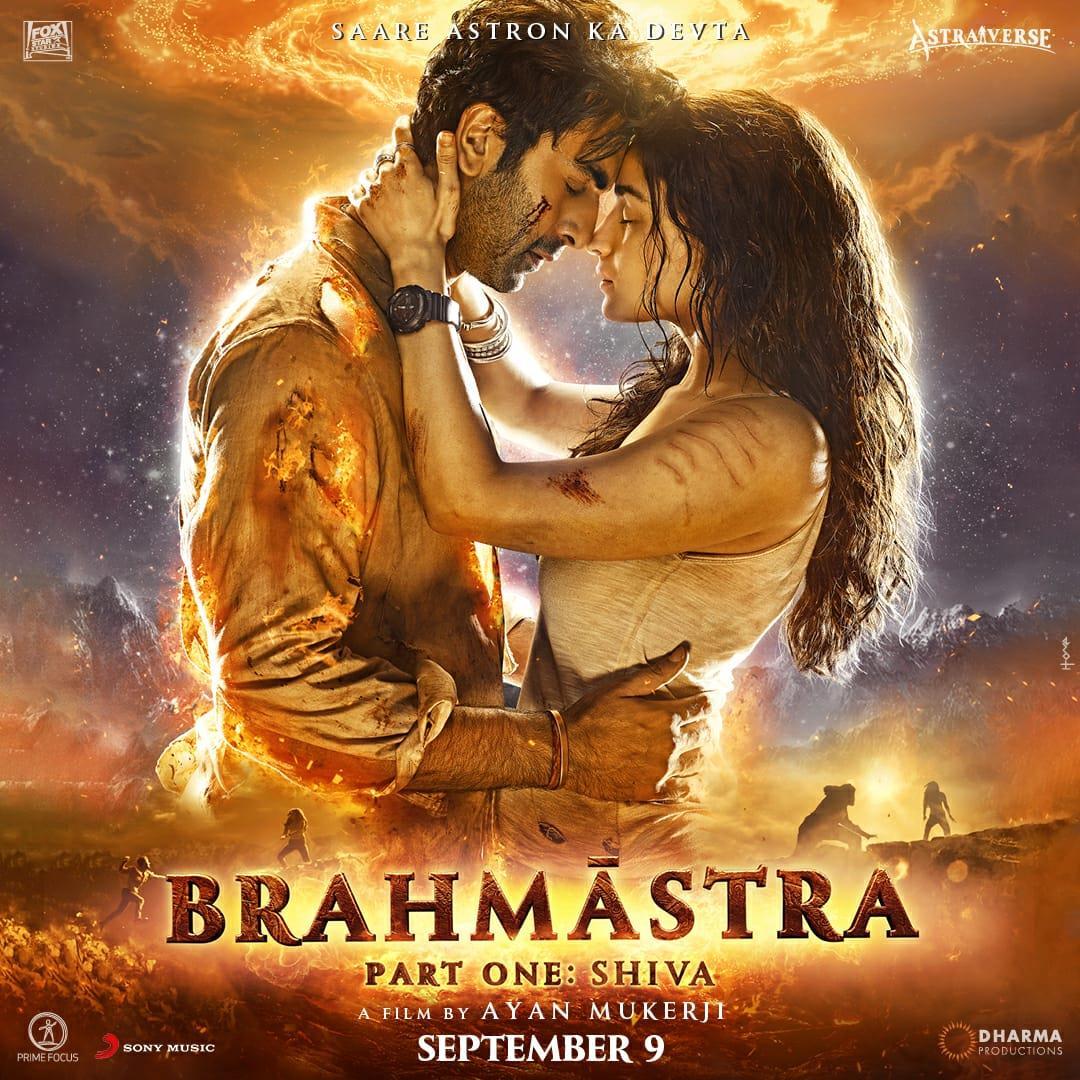 Ranbir Kapoor and Alia Bhatt in the poster of Brahmastra. Instagram/ayan_mukerji

Delhi High Court has restrained the unauthorised streaming of upcoming film 'Brahmastra: Part One - Shiva', scheduled to hit the theatres on September 9, by several "rouge" websites, saying piracy has to be curbed and dealt with a heavy hand.

Justice Jyoti Singh passed the ex parte interim order on a lawsuit by Star India Pvt Ltd, co-producer of the Ranbir Kapoor and Alia Bhatt-starrer film, while noting that the availability of the film online at the same time as its theatrical release or in close proximity of the release would severely impact the producers' financially and also erode the value of the film.

"There is no gain saying that piracy has to be curbed and needs to be dealt with a heavy hand and injunction against screening of copyrighted content by rogue websites ought to be granted. Plaintiff has made out a prima facie case for grant of ex parte ad-interim relief,” said the court in its order dated September 2.

"Defendants No. 1 to 18 (rogue websites) and all others acting for and/or on their behalf are restrained from in any manner hosting, streaming, retransmitting, exhibiting, making available for viewing and downloading, providing access to and/or communicating to the public, displaying, uploading, modifying, publishing, updating and/or sharing on their websites through the internet or any other platform, the film 'Brahmastra: Part One - Shiva' and contents related thereto, so as to infringe the plaintiff's copyright therein, till the next date of hearing,” the court ordered.

The court directed the ‘Domain Name Registrants’ to suspend/block the domain names registrations of the rouge websites named by the plaintiff. It also asked the Centre to issue necessary notifications calling upon the internet service providers to block access to these websites.

“Looking at the investments made by the plaintiff in the production and promotion of the film as also the exclusive right vested in it under the provisions of the Copyright Act, this court prima facie agrees with the plaintiff that if the rogue websites communicate the film in any manner, on any platform, simultaneously with the theatrical release of the film on 09.09.2022 or in its close proximity thereafter, it would severely impact the interest of the plaintiff monetarily and will also erode the value of the film,” the court opined.

Seeking relief, the plaintiff argued that any hosting, streaming, reproduction, and distribution of the film without authorisation would infringe its copyright and adversely impact its business.

The court also issued summons on the lawsuit by the plaintiff and listed the case for further hearing on November 29.