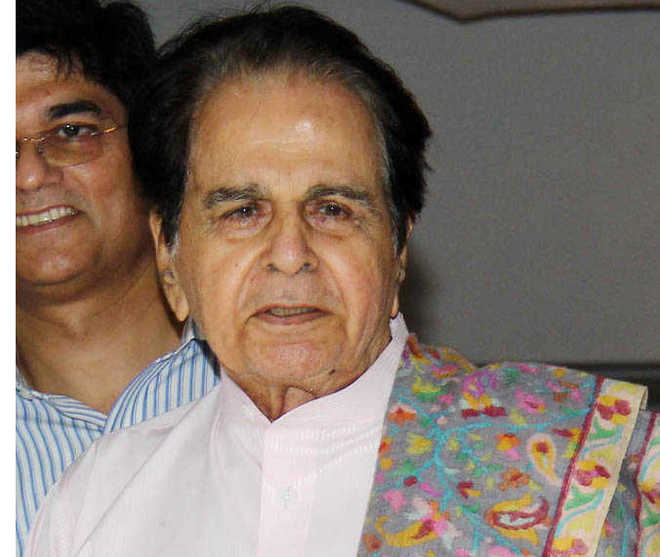 Legendary actor Dilip Kumar, who was admitted to a hospital here after experiencing breathlessness, is stable and should be discharged soon, his wife and veteran actor Saira Banu said on Monday.

Kumar, 98, was taken to the suburban Khar-based Hinduja Hospital, a non-COVID-19 facility, on Sunday, where he was diagnosed with bilateral pleural effusion, which is the build-up of excess fluid between the layers of the pleura outside the lungs.

Earlier in the day, Kumar's family said in a tweet that the actor was on oxygen support and stable.

In a note shared on the actor's official Twitter account in the evening, Banu thanked fans for their prayers and best wishes.

"My husband, my Kohinoor, our Dilip Kumar Sahab's health is stable and doctors have assured me that he should be discharged soon," the 76-year-old actor said.

Latest. An hour ago. pic.twitter.com/YBt7nLLpwL

Banu also appealed to the people to not fall prey to rumours.

"While I ask you to pray for Sahab I am praying that the Almighty keep all of you safe and healthy during this pandemic," she further said.

Dr Jalil Parkar, the chest specialist treating the screen icon, said Kumar's health condition has improved and he is responding to the treatment.

The oxygen saturation levels of the veteran star were also better, he further said.

"His health is much better. His oxygen saturation has improved and the fluid has reduced too with the medicines. His breathing difficulty has also reduced. We will now monitor his improvement, check if the fluid reduces more," Parkar told PTI.

If the improvement continues, Kumar will be be discharged soon, added Parkar.

"Dr Nitin Gokhale and I will review tomorrow once again and take a joint call," he said.

The actor was admitted to the same hospital last month for a regular health check-up.

Kumar, who made acting debut with "Jwar Bhata" in 1944, has appeared in several iconic films in his career spanning over five decades, including "Kohinoor", "Mughal-e-Azam", "Devdas", "Naya Daur", "Ram Aur Shyam", among others.