With cinema halls yet to open and moviegoers still wary, drive-in cinemas might finally find their moment in India 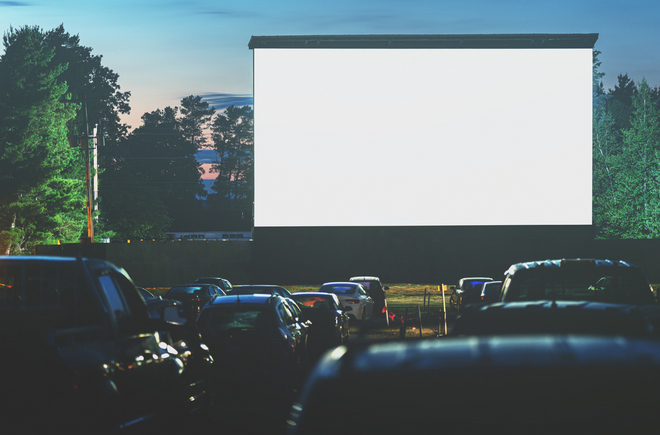 A go-to entertainment mode in other parts of the world, the concept of drive-in theatres is seeing opportunity in India in times of pandemic. iStock

IN the new normal, everything across the spectrum is under transformation. The same might be just true for our good-old cinema too. With ‘Unlock 3.0’ keeping cinemas out of the few privileges that we enjoy in these times of pandemic, the chorus regarding drive-in theatres is growing louder. A concept that had hitherto not taken off in India despite attempts, it is a go-to entertainment mode in other parts of the world. However, looks like things might be in for change.

A result of Covid-19 was entertainment entrepreneur Viren Khanna’s initiative 369 Drive-In at Mullur, Bengaluru. Must we say, it was lapped up rather enthusiastically! Set up to beat the Covid blues, this drive-in cinema has folks enjoying films while sitting in the safety and comfort of their cars. “A giant LED screen has been set up, we ensure zero contact, no one is allowed out of the car but for using the restrooms, which are sanitised at regular intervals,” shares Khanna. Courtesy a tie-up with Yash Raj, they have screened Dilwale Dulhania Le Jayenge and Chak De! India. They have collaborated with a Hollywood studio offering Lion King but a two-week lockdown has made them take a temporary break. “We would be back next week with more movies,” promises Khanna, who is willing to provide know-how to anyone aiming to set up a drive-in theatre.

Drive-in cinemas are a western concept, but are not new to India either. While some attempts were made in the 1970s in cities like Ahmedabad, Mumbai and Bengaluru, besides some places in South India, it is Sunset, in Ahmedabad, that holds the distinction of the longest-running drive-in cinema in India. It has a capacity to park more than 600 cars and has arrangements for those without cars too. Prarthana Beach drive-in theatre in Chennai — with raised ramps for cars and galleries for those without vehicles — has been a high of East Coast Road. Gurgaon Talkies in Gurugram has been another attempt. Other ventures have not been as successful. While India’s weather is least ideal for this experience, apparently it was the mosquitoes and the marshy land that it stood on that took down the drive-in theatre in Bandra, Mumbai.

In a pandemic-hit world, however, the scales seem to have tilted towards this unique experience. Wing Commander Sandeep Sharma still remembers when he first went to the drive-in theatre in Ahmedabad. “It was like watching a film in the box in single screen cinemas,” he laughs. Many a happy family nights followed thereafter and he is ever ready to go for another show.

Even if purists feel film watching is a personal, intense activity and cannot happen in an informal setting, like a car, those who have experienced it once say it is all about having a good time. Academician Sharda Kaushik might say she wouldn’t trade a regular cinema experience with a drive-in cinema, she likes it nonetheless. Her first run-in with one happened when she was in her teens. It felt like a picnic and her last time, also at Ahmedabad, was like being at a fair. “There were vendors, a cafeteria and waiters were going about bringing snacks, collecting plates.” Karanbir Singh had his first experience at Galaxy drive-in theatre in Perth (Australia). Driving in to what seemed like a parking, they bought tickets and were allotted parking space. By tuning to a certain frequency, the movie sound played through their car’s music system. “We watched Aladdin. Many people had brought their pets with them. Some people came in an Ute and enjoyed the movie while sitting in its open trunk, wrapped in blankets. It was not normal cinema, it was more comfortable and relaxing,” vouches Singh.

Seems like something perfect to beat the pandemic blues while staying safe. What say?

Region gearing up for a date

Efforts are underway to bring drive-in cinema to Punjab. If all goes goes well, Pankaj Gaur will bring the experience of drive-in cinema to the tricity within the next month. “We have put together a plan, whether cinemas open or not. In the near future, drive-in cinema could be the new normal.” At the same time, Lalit Agnihotri, who has been into hospitality and marketing for the last two decades, has been trying to bring drive-in cinema to Punjab. “The current scenario demands a space where people can enjoy movie viewing while maintaining safe distance.” He is in touch with banquet halls and cinema chains to put his plan into action. “Looks like the big fat Indian wedding is a goner. Drive-in cinemas could salvage the losses of those who have invested heavily into both banquets and cinemas. It could be good for the state exchequer too in terms of entertainment tax,” he says.