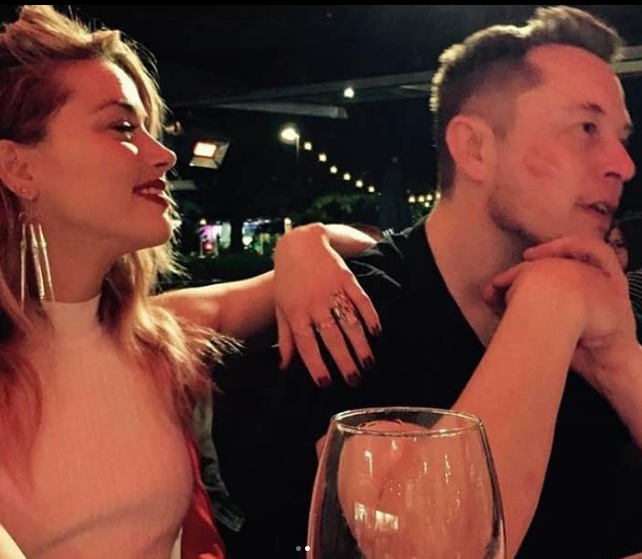 Elon Musk has finally spoken up about the ongoing defamation case between his ex-girlfriend Amber Heard and Johnny Depp. Amber Heard and Elon Musk dated for a year before they called it quits.

So, now when someone on Twitter summed up the Depp-Amber suit, Musk had a thing to say about it.

A Twitter user going by the social media handle Lex Fridman tweeted, ““My takeaways from Johnny Depp vs Amber Heard trial: 1. Fame is one hell of a drug (for some). 2. Psychiatrists & lawyers come in drastically varying levels of skill. 3. Lying to millions of people is something humans are capable of. 4. Love can be messy. 5. Mega pint of wine."

Replying to this tweet, the Telsa CEO wrote, “I hope they both move on. At their best, they are each incredible.”

Take a look at the tweets:

I hope they both move on. At their best, they are each incredible.

During the trial, Johnny Depp had spoken about Elon Musk. Depp was confronted about a text he sent to his former talent agent Christian Carinno regarding Musk. In the text, the actor mentioned Heard and Musk’s affair. But Musk hasn’t spoken a word about it.

Actors Johnny Depp and Amber Heard have sued each other for defamation, each claiming they were abused before and during their roughly two-year marriage. The two tied dated for a while before they tied the knot in 2015. However, their marriage ended in 2017. Following the divorce, Heard wrote an op-ed in 2018 where the actress wrote about becoming "a public figure representing domestic abuse." for the Washington Post. Though the op-end never mentioned Depp by name, the past Oscar nominee claimed it "devastated" his already waning career. Depp also claimed that he was in fact the one who was abused in the relationship.

Depp sued Heard in March 2019 over the 2018 op-ed piece the actress wrote. Having failed to get the case dismissed or moved out of Virginia, Heard in 2020 countersued for $100 million.