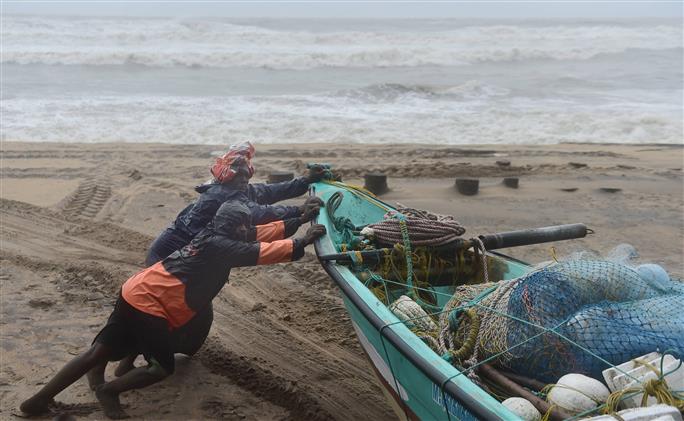 The actual impact of and damage caused by Nivar will be known Thursday morning, but its transition to the “very severe cyclone” is yet another indication of the various ways climate change and global warming is intensifying natural events, especially tropical storms.

There has been a global increase in the intensity of the strongest storms over recent decades. Nivar intensified from a “severe” category storm to a “very severe” category within 24 hours, which scientists attribute to large-scale and local environmental conditions, including manmade contributions. There is also a correlation between cooler phase of ENSO, known as La Niña, and increased tropical cyclone activity in the Bay of Bengal. This being a La Niña year, which is also responsible for harsher and longer winter, is another underlying cause behind Nivar.

According to Dr Roxy Mathew Koll from the Indian Institute of Tropical Meteorology, La Niña makes local environmental conditions favorable for cyclogenesis in the Bay of Bengal. “In the past 40 years, six cyclones of the severe cyclone category hit the Tamil Nadu coast in November, out of which five of them coincided with La Niña-like conditions in the Pacific. It means to some extent we were expecting a cyclone season in the Bay of Bengal during this time and it is not a surprise,” she said.

“The Bay of Bengal is part of the warm pool region, where the temperatures are generally about 28-29°C in November and occasionally exceeding 30°C. These high temperatures are generally conducive for cyclogenesis. This time, the temperature anomalies are about 0.5-1°C and in some regions reaching 1.2°C, based on buoy and satellite estimates. Every 0.1°C means additional energy for the cyclone to maintain and develop. Locally, the winds are also favoring cyclone formation,” says Koll.

Studies have found that the proportion of strongest storms is increasing about 8 per cent a decade. They also suggest how “ocean surface and subsurface conditions played a vital role in the genesis and intensification of cyclone Ockhi”, a very similar cyclone that hit the same region almost exactly three years ago.

Similar to other parts of the world, sea surface temperatures in the Bay of Bengal have been steadily increasing over the last decades, a factor driving rapid intensification. Global sea levels have already increased about 23 cm as a result of human carbon emissions, dramatically increasing the distance that storm surges can reach, experts say.

Dr Anjal Prakash of the Indian School of Business adds, “Since the beginning of 2020, this is 8th such incidence in the Indian Ocean and the Bay of Bengal. Changing climatic conditions are adding more cyclonic events every year and so adaptation to these events is how we can save the lives of millions of people especially the poor and the marginalised”.