Farhan Akhtar lauds boxer Satish Kumar: You showed the world what true competitors are made of 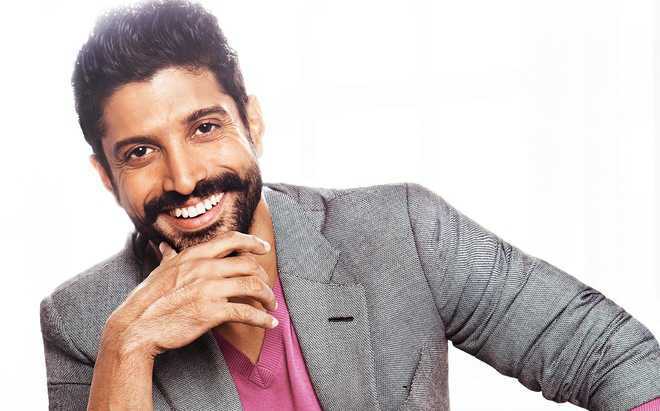 Actor Farhan Akhtar on Monday celebrated boxer Satish Kumar's gutsy performance at the ongoing Tokyo Olympics, where he fought with the reigning world champion Bakhodir Jalolov despite multiple stitches on his forehead and chin.

Kumar, who had sustained two deep cuts on his forehead and chin during the pre-quarterfinals, decided to fight his next bout against Uzbek superstar Jalolov.

Shout out to boxer Satish Kumar who showed the world what true competitors are made of. Proud of you brother .. #Tokyo2020 #Boxing #TeamIndia

The 32-year-old Indian boxer entered the ring with 13 stitches on his face but made a quarterfinal exit from the Olympic Games on Sunday.

Akhtar, who played a boxer in his latest film "Toofaan", took to Twitter and celebrated Kumar's exceptional performance.

"Shout out to boxer Satish Kumar who showed the world what true competitors are made of. Proud of you brother .. #Tokyo2020 #Boxing #TeamIndia," Akhtar tweeted.

Kumar, a two-time Asian Games bronze winner and multiple-time national champion, had scripted history by just qualifying for the Games as he was the first super heavyweight from India to achieve the feat.

Jalolov, a 27-year-old footballer-turned-boxer, acknowledged his rival's bravery at the end of the bout by nodding in appreciation towards him after securing his maiden Olympic Games medal.

"Satish Kumar brought the fight to the world Champion against great odds... like true champions Bakhodir Jalolov acknowledged the effort giving Satish the right of way to exit by raising the ropes for him to exit first," he wrote.

In an interview with PTI, Kumar--who is on medication right now-- said his phone hasn't stopped ringing, with people congratulating him as if he won.

"My chin has seven stitches and my forehead has another six. Par marta kya na karta, I knew I wanted to fight. Otherwise, I would have lived with that regret of what if. Now I can be at peace and also probably a little content with myself that I gave my best," he said.

"My wife had told me not to fight. My father also said that it is too much to watch me fight like this. That's not unexpected, family can't see you hurt. But then they understood that I wanted to do this," said the father of two school-going children. PTI