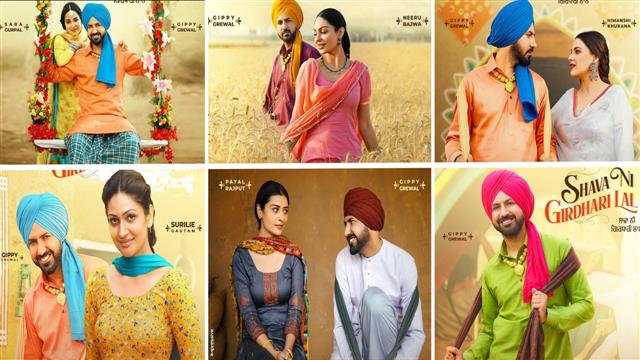 Six posters of 'Shava Ni Girdhari Lal' shared by the cast of the film. Instagram

Amidst the shoot of upcoming film 'Yaar Mera Titliyaan Varga', Humble Motion Pictures in collaboration with Pooja Entertainment and Omjee Star Studios released the poster of their upcoming project 'Shava Ni Girdhari Lal' today. Directed by Gippy Grewal, the film is ready to entertain the audience with its light-hearted comedy on December 17, 2021.

The label chose a unique style to reveal the star cast. Along with Gippy Grewal, 15 other artistes from the team shared a different poster each at the same time on their digital platforms. It's the first time in the history of Punjabi film industry that a movie has starred seven actresses including Neeru Bajwa, Yami Gautam, Himanshi Khurana, Surilie Gautam, Tanu Grewal, Sara Gurpal and Payal Rajput.

Gippy Grewal said, "The audience has been endlessly appreciating us for our hard work in the film 'Warning', and the whole team is grateful for their love and blessings. This time, we will entertain the audience with a whole new concept and story that has never been done before with not one or two but seven actresses in lead and we hope everyone will enjoy it." The story has been co-written by Gippy Grewal and Rana Ranbir.

Omjee Star Studios director, Munish Sahni shared how this is a different film, "We have produced and distributed numerous films in Punjab but this time, the project is very different as we introduce seven beautiful actresses of Punjabi Industry in one movie. Making this happen is an experiment in itself, which has never been done before in any Punjabi film. This movie is going to be the biggest release of the year and will positively set a benchmark." 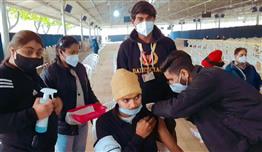