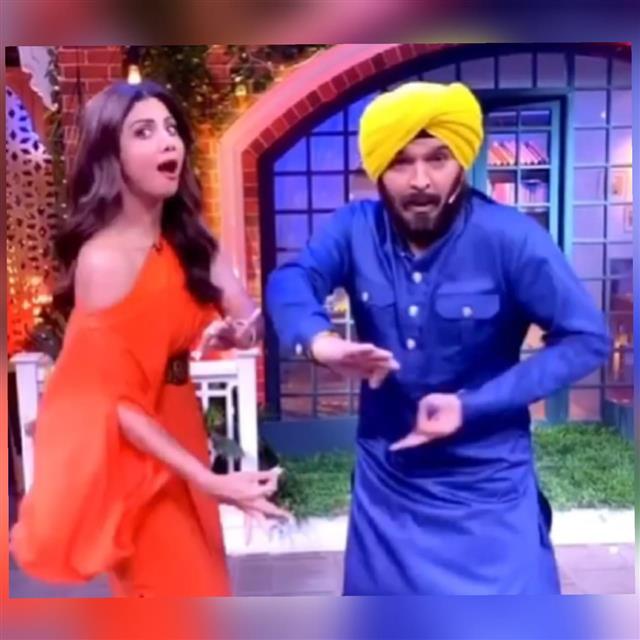 ‘The Kapil Sharma Show fans’ are well aware about the major controversy that took place, when Navjot Singh Sidhu left the show and Archana Puran Singh replaced him to be the new permanent guest.

But, fans have been requesting for the old guest back.

While Shilpa was seen wearing an orange dress, Kapil, on the other hand, dons a blue kurta with yellow turban and beard similar to that of Sidhu.

To add onto the fun, he can even be seen grooving in some Punjabi steps.

“@kapilsharma ne show pe jab bulaaya, Toh ek alag sa Hungama (2) chaaya! It’s so much fun being a part of the madness with the man himself. Don’t miss it!” shared Shilpa Shetty on her Instagram.

This isn't the first time the comedian-turned-actor imitated Sidhu.

Meanwhile, 'Hungama 2' will mark Priyadarshan’s return as director to Bollywood for the first time since the 2013 release, 'Rangrezz'.