The movie is expected to release on Diwali 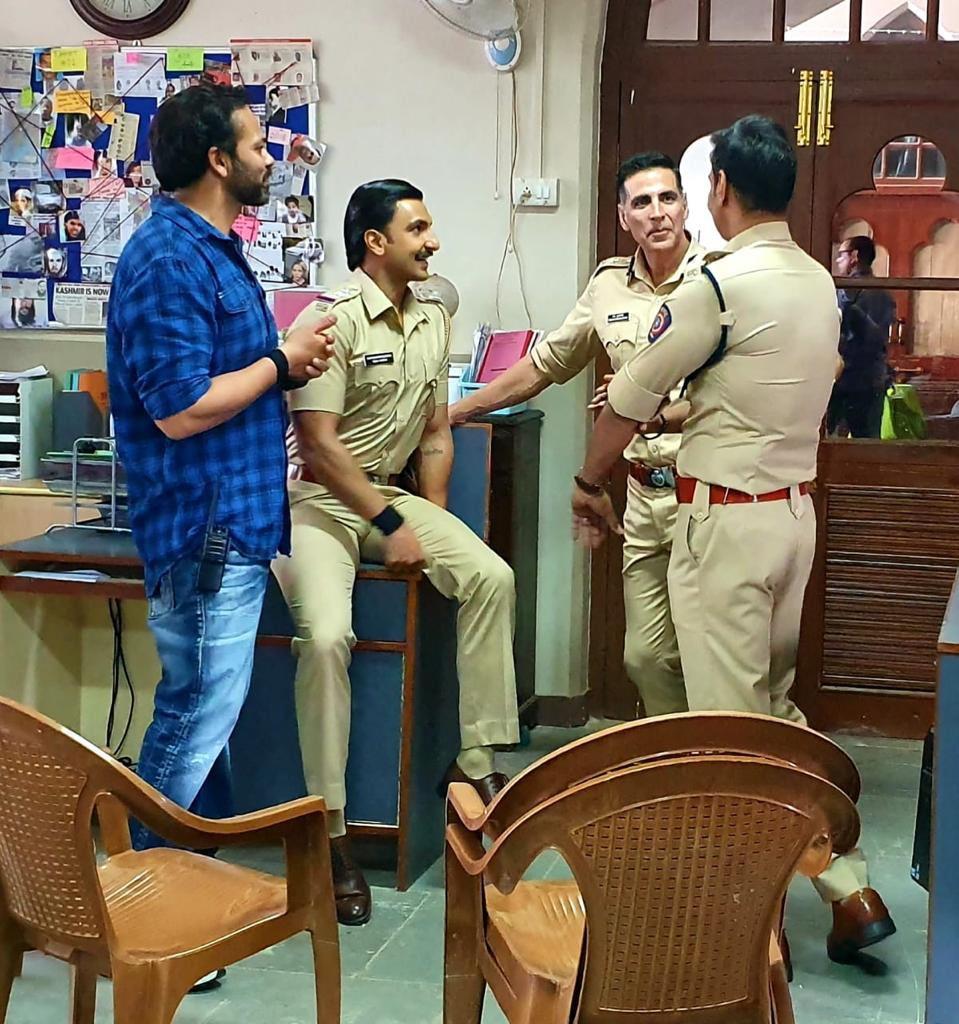 Actor Akshay Kumar recently shared a post regarding his upcoming film ‘Sooryavanshi’ which is all set to be released in theatres this Diwali.

Sharing an image from the film set along with director Rohit Shetty and fellow actors Ranveer Singh and Ajay Devgn, the photo caught the attention of a real cop too.

Talking about the release date of the upcoming action-packed drama, Akshay Kumar shared a picture with fellow actors and director of the film on his social media handles.

All three actors were dressed in police uniforms and while Ranveer Singh was sitting at a desk, Ajay Devgn and Akshay Kumar were standing next to him along with Shetty.

Senior IPS officer RK Vij reacted to it saying it doesn’t go in line with the decorum of the law enforcement agency.

“Inspector Saheb is sitting (Tan Kar) and SP Saheb is standing, it doesn’t happen like this, sir,” the Spl DGP from Haryana tweeted.

However, Kumar clarified that it was only an image from behind-the-scenes and they are very particular about following rules and protocols while filming the movie.

“Regards forever to our great police forces. Hope you like the film when you watch it,” the actor added.

Thank you for your response and respect you showed for the forces @akshaykumar😊 My comment was also in a lighter vein 😊 Will definitely watch the film 👍 https://t.co/LYv5IalTVL

After he clarified, the IPS officer tweeted again saying he had just mentioned it on a “lighter vein” but appreciated his response. “Will definitely watch the film,” the cop added.

Sooryavanshi was initially expected to release on March 24 last year but was postponed twice due to the pandemic.

Thanking the chief minister of Maharashtra for allowing cinema theatres to finally reopen, the actor announced the film will hit theatres on Diwali.