Jogi trailer: Diljit Dosanjh takes on responsibility to save his community amidst gut-wrenching 1984 anti-Sikh riots : The Tribune India

Jogi trailer: Diljit Dosanjh takes on responsibility to save his community amidst gut-wrenching 1984 anti-Sikh riots 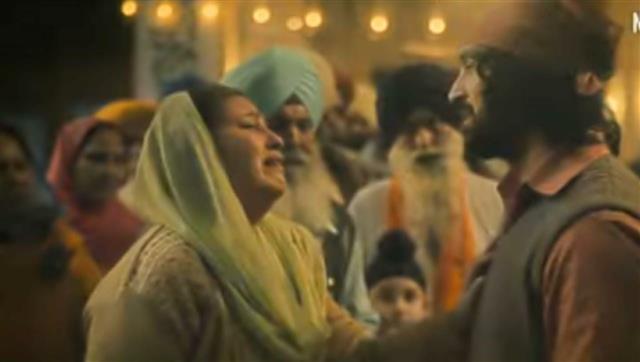 Diljit Dosanjh in a screenshot from the trailer of 'Jogi. YouTube/ Netflix India

Netflix dropped the first trailer of Ali Abbas Zafar-directorial Jogi starring Diljit Dosanj in the titular role. Set during the 1984 anti-Sikh riots, which ravaged the capital and caused deaths of thousands of Sikhs across the country, it’s a film that narrates the ordeal through the journey of three friends fighting for their lives and that of their people across three days of violence.

The trailer begins with Diljit Dosanjh’s Jogi enjoying breakfast with his family. In the opening shots we get a glimpse of his happy, carefree life at home and in college. The very next scene with gunshots indicate the assassination of Prime Minister Indira Gandhi and the violence that follows. Amidst burning vehicles, rioting and harassment for being a Sikh, Jogi is informed by Mohammed Zeeshan Ayyub that he must escape to Punjab as the whole city will burn.

The trailer focuses on an emotional moment when Jogi meets his family with his hair cut short. There are shots of buildings and vehicles burning, the rioting that leads to mass exodus of Sikhs in an attempt to find a safe place, and how Diljit Dosanjh takes upon him to help his people escape to Mohali.

Fans are impressed by Diljit Dosanjh’s choice of film and his intense emotions in the trailer. A fan commented, “It's not just a movie, It's an heart felt emotion & "DILJIT" you are so strong to do this movie.”

A fan wrote, “Always thought that he could only do comedy films, but seeing his intense acting in this and even Punjab 1984 showcases how good of a actor Diljit is.”

Another fan complimented the actor, “Hats off to your courage Diljeet. It's not only movie but sentiments of humankind.”

Impressed by Ali Abbas Mastan, a user wrote, “Never thought that Ali Abbas Zafar can make this kind of serious movie.. totally amazed..n what to say about Diljit paaji..even this trailer gave me goosebumps.”

Diljit Dosanjh has in the past acted in riot based film ‘Punjab 1984’. The singer-actor was last seen in Punjabi comedy films Honsla Rakh.