Sara made her film debut opposite Sushant in 2018 with 'Kedarnath' 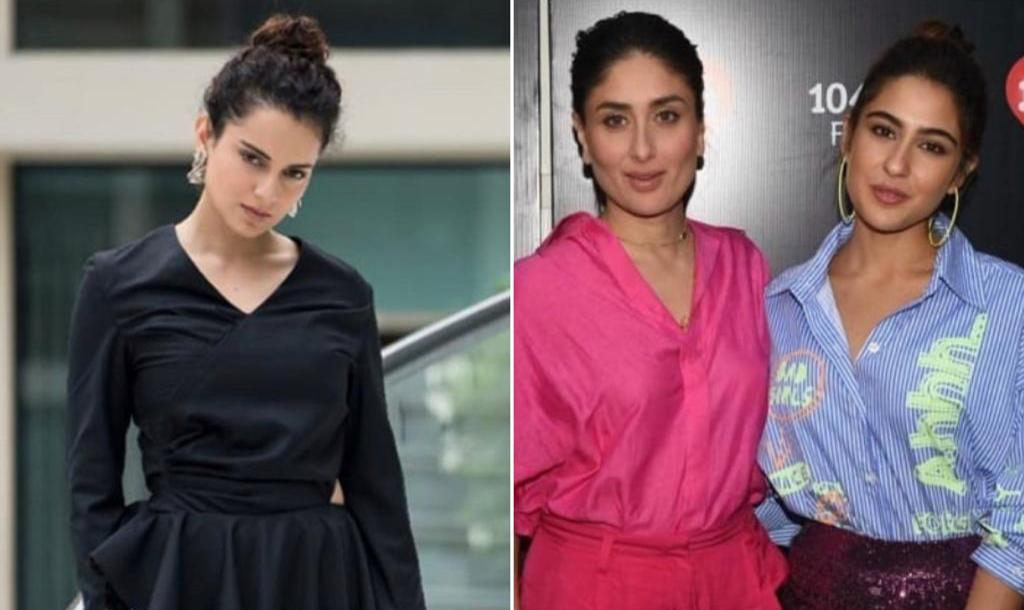 The actress who is making fresh headlines every day has once again spoken about Sara Ali Khan's alleged relationship with late actor Sushant Singh Rajput. Kangana Ranaut has said that Sushant was openly 'ridiculed' in film circles. She claims a concerted character assassination was done.

Earlier, Kangana took to the microblogging website, and said that Sushant's break up with Sara was the reason he fell for a "vulture", meaning his girlfriend Rhea Chakraborty.

“News of Sushant Singh Rajput and Sara affair was all over the media, apparently they were even sharing a room during their outdoor, why these fancy Nepotism kids show dreams to vulnerable outsiders and then publicly dump them? No wonder he fell for a vulture post that,” her tweet read.

“I believe Sara must’ve loved him he wasn’t a fool to fall for a girl whose affection isn’t genuine, but she must have been under pressure, what I shared with Hrithik was genuine at that point I still have no doubts about it why suddenly he became so hostile is still a mystery to me,” she had added.

Sara made her film debut opposite Sushant in 2018 with 'Kedarnath'.

Now, in an interview to Times Now, Kangana said that even Sara’s stepmother, Kareena Kapoor told Sara, not to date ‘her first hero’.

“When he was dating Sara, they made sure they broke up. Even Kareena went on record to say that don’t date your first hero, so they openly did character assassination of him, ridiculed him. When that boy was completely cornered, then another group of emotional vultures came, and they did what they did,” she said.

Kareena had made this remark on an episode of Koffee With Karan.

Kangana said in the interview that the same group that ostracised Sushant from Bollywood, has been targeting her as well.

“First of all like I said, the movie mafia which tortured Sushant, banned him, I have already spoken about them. The production houses that are targeting me, they have their own pet media who tried to assassinate his character, called him a rapist and cornered him,” she said.