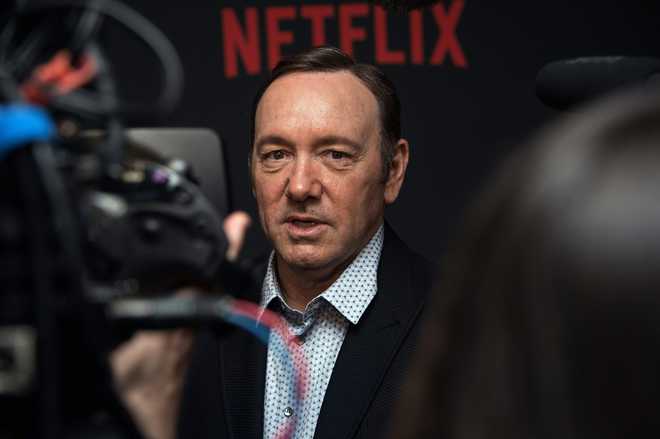 An arbitrator has ordered Kevin Spacey and his companies to pay nearly $31 million to MRC, the production company behind the popular OTT political thriller series 'House of Cards', after finding that the Hollywood star had breached his contract by violating the company's sexual harassment policy, reports 'Variety'.

MRC severed its relationship with Spacey and scrapped a season of the show in 2017, after multiple people came forward to allege a pattern of sexually predatory conduct.

MRC filed a petition on Monday in the Los Angeles Superior Court to confirm the arbitration award, after it was upheld in a confidential appeal.

Spacey and his companies, M. Profitt Productions and Trigger Street Productions, were ordered to pay $29.5 million in damages plus $1.2 million in attorneys' fees and $235,000 in costs.

Spacey, according to 'Variety', was among the first major Hollywood figures to be accused in the wake of the Harvey Weinstein scandal in October 2017.

On November 2, 2017, CNN reported that Spacey -- the star and an executive producer of 'House of Cards' -- had created a "toxic" environment by making crude comments and engaging in non-consensual touching of young male staffers, citing eight production sources.

MRC said it had "no knowledge whatsoever" of Spacey's alleged on-set misconduct prior to the CNN report.