KWK: Gauri Khan breaks silence on son Aryan Khan’s arrest, 'nothing can be worse than what we have been through' : The Tribune India

KWK: Gauri Khan breaks silence on son Aryan Khan’s arrest, 'nothing can be worse than what we have been through'

On Koffee With Karan, Gauri Khan says grateful to all those helped 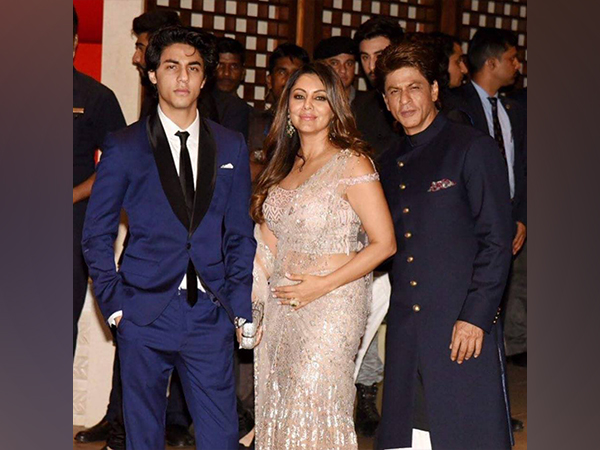 On the latest episode of Koffee with Karan 7, broke her silence on Aryan Khan's arrest.

Gauri Khan, Maheep Kapoor and Bhavana Pandey have embraced the couch in this week’s episode.

During their conversation, Karan Johar asked Gauri, "It has been such a tough ride for him (Shah Rukh Khan) not just professionally but everything that the family has been through personally, and you all have emerged so strongly as a family. I know you as a mother and him as a father, we are members of the same family and I feel like I am your children's godparent as well. It hasn't been easy, and Gauri, you have emerged stronger than ever. What do you have to say about your own handling tough times when families go through something like this?"

To which she replied, "As a family, we have been through, nothing can be worse than what we have just been through, as a mother, as a parent. But today, where we all stand as a family, I can say that we are in a great space where we feel loved by everyone. All our friends, and so many people who we didn't know, so many messages and so much of love. We feel blessed. I am grateful to everyone who helped us through this."

Aryan was arrested on October 2 last year following the Narcotics Control Bureau (NCB) raids in Mumbai. He was granted bail 25 days after his arrest by the Bombay High Court.

The fun episode ended on a happy note with Gauri winning the rapid-fire round with 48% votes of the live audience.

Produced by Karan Johar, the second season of 'The Fabulous Lives of Bollywood Wives' is currently streaming on Netflix, which received positive responses from the audience.