Never say I can’t, say I will ... deems dhol player Parv Kaur whose life story is due to be turned into a biopic 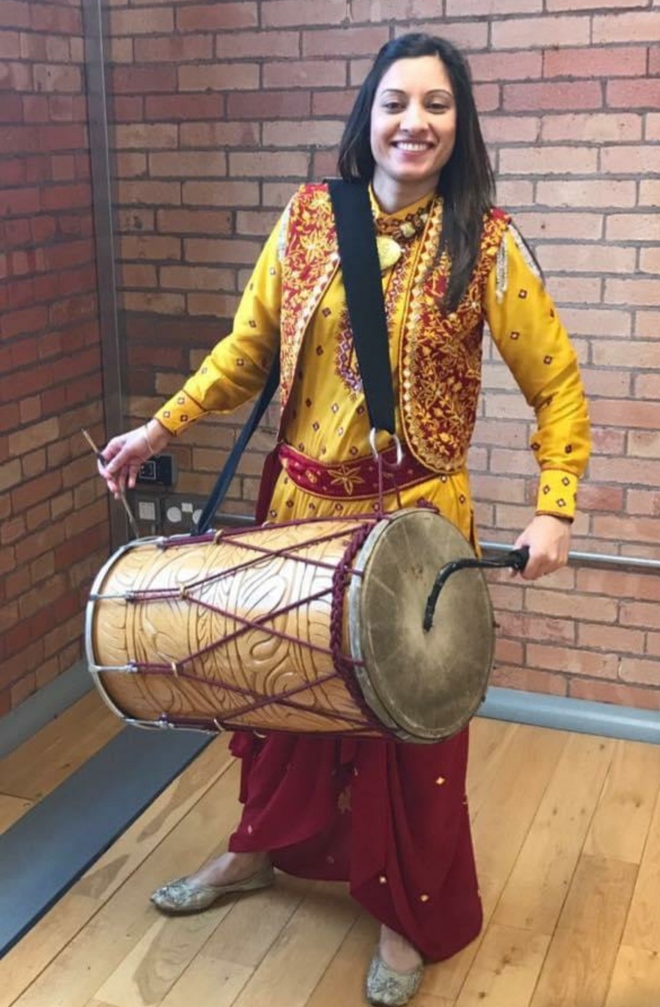 A third-generation Indian in the UK, Parv Kaur was about eight when she picked up the dhol. Daughter of a musician, Balbir Singh Bhujangy, as work on a biopic charting her incredible journey starts, life has come full circle for her.

“My father worked during the day and sang at nights, living his passion. It was his dream to sing in Bollywood; now that a biopic is being made on his daughter, it’s like living a dream albeit with a difference,” says Parv. While she got all the support from the family when she played dhol, when she started playing outside, she was frowned upon. “One may say that today in a country like the UK, in 2020, women can have what they want. Wish it was true everywhere; even today women have to prove themselves multiple times more than men in any walk of life.”

Parv loved the dhol, and her father ensured that she was trained for years before he let her take the stage. “Remember 90s were not easy. I had to literally beg people to let me perform; I would stand on the streets and hand out pamphlets. Today, you know one beat and you could be an internet sensation.”

Parv thanks her family for her success, “Not once has my father questioned my choice of instrument; my mother would though say tere naal vyah kaun karuga, to which I would answer, ‘Mum I have got three college degrees, I would be good’,” laughs Parv, who is married and a mum now.

Twenty five years playing dhol, Parv, who gained fame as UK’s first female dhol player, also has a career in information technology (IT) sector. “My parents worked hard to make a living; we were born with the same thirst to get going from the very beginning. But my parents ensured we got what they couldn’t – university education.” Computer science attracted her as she had no resources to pay to someone to make her website, apps, so she learnt and IT became her plan B.

With her father from Khanpur, near Phillaur, and mother from Dosanjh Kalan, the family has kept in touch with family here. “I visit our family in India often. But even otherwise I try to propagate my culture, bhangra music, every single day through the dhol and also my career in IT.”

Growing up to Gurdas Maan’s music, today Parv lauds Jasmine Sandlas, Jenny Johal and Miss Pooja. “While folk touches my soul, I am a huge fan of these singers as I know what odds these women have faced to be able to breakthrough not just in the Indian music industry, but also the UK. Young girls here listen to their songs.”

Parv’s story is in the making and Prabhleen Kaur has bought the rights to make a biopic on her. Was she hesitant sharing her life’s journey? “Not at all. I want girls everywhere to know that one can well live one’s dream, no matter what. Never say I can’t, say I will... I want this to be a film that my future grandkids would praise,” Parv laughs. As for those who can enact her on screen, she says, “I feel Anushka Sharma and Deepika Padukone’s characters have been boisterous, outspoken, just like me; they could be a good choice.”

As for now, Parv has taken the virtual route to reach out, “The lockdown has kept me away from stage, which wasn’t easy. But also during this time I started giving lessons virtually. I have people joining me from India, Australia and America — something that I wouldn’t have ever thought of had it been a regular life spread between stage, work and family.”