Pro Panja League: Luck is in your hands

With the launch of Pro Panja League, actor and director Parvin Dabas has given a good platform to amateur arm wrestlers to prove their mettle at the global level 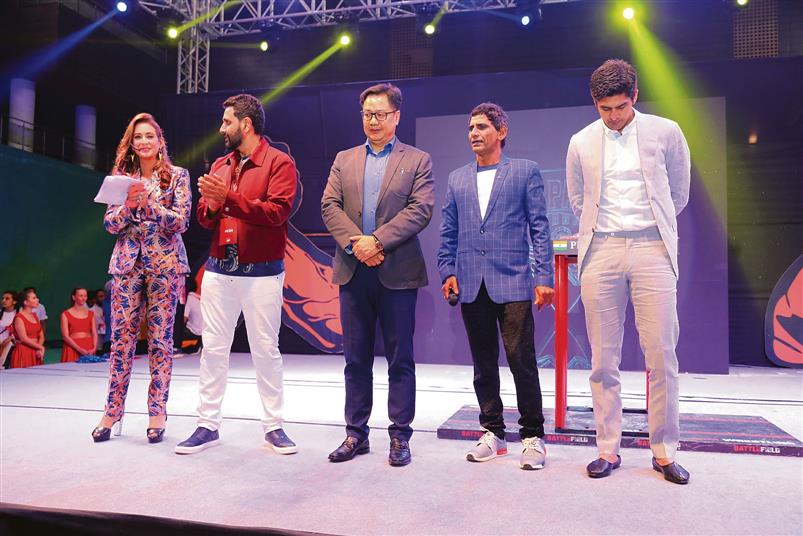 For actor-director Parvin Dabas, last seen in Hostages Season 1, the love for boxing, arm wrestling and mixed martial arts (MMA), led him to the idea of launching the Pro Panja League (PPL). He says, “This will not only provide amateur arm wrestlers a great platform to represent themselves, but also help us take a bigger leap towards Fit India, Hit India campaign, which has been launched by the government. It will give a fair chance to everyone and thus justify our tagline — Aapki Kismat Aapke Haath. The plan is to raise awareness for the sport first and then ultimately invite franchises in the third edition of PPL.”

“Being a Haryanvi, I grew up in an environment where panja was considered the ultimate non-violent method of testing one’s strength. Now I wish to re-introduce world-class athletes to the game, which has its root in India and is celebrated all around the world professionally and what better place to launch it than New Delhi.”

The ‘Ranking Tournament’ marked the launch of PPL on February 29, 2020, at Thyagraja Stadium, New Delhi, in the presence of WBO Asia-Pacific and WBO Oriental super middleweight boxing champion Vijender Singh and Union Minister of Sports Kiren Rijiju. So, was getting Vijender on board easy? Explains Parvin, “I was in the audience during his last match, and know him as well as his manager really well. I am still connected to kick-boxing and practice MMA too. The jat connection with each other brought us together to celebrate the sport. I respect him for his honesty and hard work; he fits into our tagline perfectly.”

Parvin says the drug culture among elites as well as commoners disturbs him. He adds, “Being a sportsperson, I have led a healthy lifestyle. I am not somebody who has taken to drugs. To be honest, I do smoke a cigar once in six months, but I have never been a smoker. As far as Pro Panja League goes, we will start testing as soon as the infrastructure is in place. It is a league that I want to be drug-free.”

“I don’t fully understand the word. These days, it has become a negative term but actually it is pervasive in our society. I am not defending it, but my belief has always been that one has to deal with the situation as it is. We cannot wish for a utopian setting where everything will be perfect. The industry kids are better prepared as they are born into that setting, whereas an outsider struggles to understand how the industry functions. Not only talent, but how you get along with others, which is a big part of your personality, counts when you are looking for work in Bollywood. And that pretty much happens everywhere,” comments the actor.

Saying that he too has faced groupism, he adds, “But one disturbing trend that I have observed recently is groupism based on ideology, which is dangerous. We need to keep our ideology out of the workplace.”

With the lockdown, the plans changed significantly for him. What was supposed to be hosted in 12 states, this year’s edition of PPL is still awaiting requisite permissions. On the personal front, he is set to come up with a web series and also planning a movie with wife Preeti Jhangiani. Ask him how she is a big support in his life and he contradicts, “We have an equal role to play. There are things that I can’t do, but she is good at and vice-versa.”