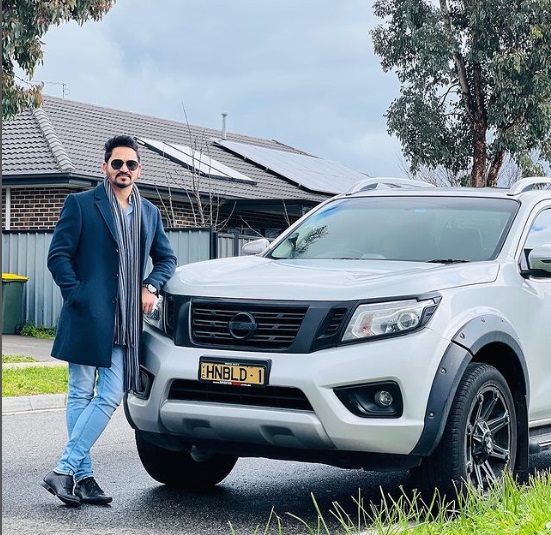 Nirvair Singh moved to Australia nine years ago for a better life. Instagram/nirvairz

Australian-based Punjabi singer Nirvair Singh, who was known for his number 'Tere Bina' from the album 'My Turn', was killed in a road accident in Australia.

According to media reports, Singh was driving in his lane in complete control on Bulla-Diggers Rest Road in Diggers Rest on Tuesday around 3.30 pm. It was later during the investigation noticed that a speeding car that lost its control crashed into a jeep, which flipped into the singer's lane. The collision was so intense that the singer died on the spot.

The out-of-control Kia hit two other vehicles and then a jeep, which came into Mr Singh's path and he died on the spot, the police said.

Anyone with information, dashcam/CCTV footage is urged to contact Crime Stoppers on 1800 333 000 or submit a confidential report online at https://t.co/8AcShAelxZ. pic.twitter.com/Fdbu2qWNKz

Police said Nirvair Singh was in the wrong place at the wrong time when he was tragically killed in a horror three-vehicle collision in Melbourne's north-west on Tuesday, reports dailymail.co.uk.

It was alleged that a car was seen being driven erratically in the area before hitting two vehicles in Diggers Rest. A man and woman were arrested at the scene and remain under police guard in hospital. No charges have been laid.

Singh's death has rocked Melbourne's Indian community and loved ones back home in Kurali. He moved to Australia nine years ago for a better life and to pursue his promising singing career. There’s an outpour of tributes from shocked friends.

Singh gained fame with the song 'Tere Bina' from the album 'My Turn'. Other hits include 'Darda a Dil', 'Je Russgi', 'Ferrari Dream' and 'Hikk Thok Ke', a 2018 duet with Gurlez Akhtar.

Fellow Punjabi singers have also paid tribute including Gagan Sandhu Kokri, who also worked on the album 'My Turn'.

"Your song was the best song in our album My Turn, from which we all started our careers. You were a very good person and your departure was a shock for everyone in Melbourne. RIP bro," he posted.

The driver of the third car involved in the collision was taken to hospital with minor injuries.

A Wallan man, 23 and a Sunbury woman, 26, arrested at the scene remain in hospital under police guard. Police investigations into the cause of the crash continue.