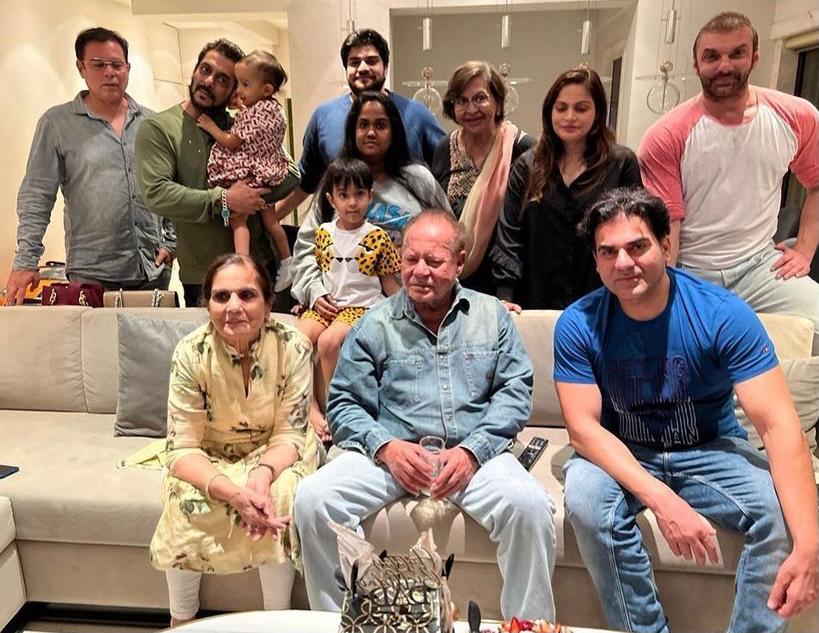 Veteran screenwriter and producer Salim Khan has turned 86 on Thursday and his superstar son Salman Khan shared a love-filled post for his father featuring the entire 'Khan-daan'.

The 'Dabangg' star is holding his niece Ayat in the background, while Salim Khan can be seen sitting on the sofa next to Salma and his son Arbaaz.

Salim Khan is best for his work in 'Andaz', 'Seeta Aur Geeta' and 'Sholay' among many others. He was also known for his collaboration with veteran writer and lyricist Javed Akhtar.

On the work front, Salman is gearing up for the release of 'Antim: The Final Truth'. It also stars Aayush Sharma, Nikitin Dheer, Varun Dhawan along with Mahima Makwana. This is the first time that Salman and Aayush will be seen sharing screen space together.

It has been directed by Mahesh Manjrekar and is slated to hit the screens on November 26.

Salman will also be seen in 'Tiger 3'.