Thanks friends and family for being his source of strength 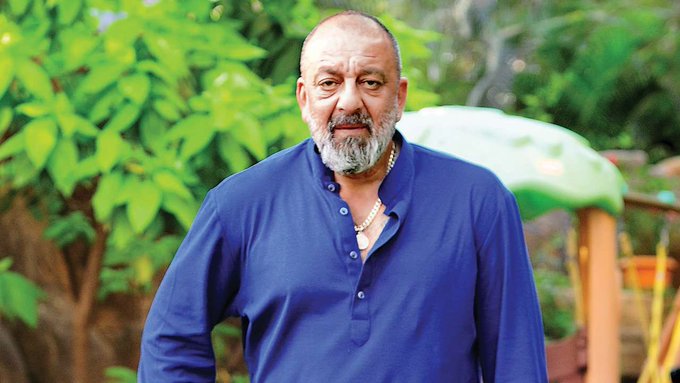 Bollywood star Sanjay Dutt on Wednesday announced that he has come out "victorious" from his cancer battle and thanked fans and well-wishers for their unwavering support in this journey.

The 61-year-old actor shared the news in a statement on Twitter on the occasion of his children's birthday, Shaahran and Iqra who turned 10 today.

"The last few weeks were very difficult time for my family and me. But like they say, God gives the hardest battles to his strongest soldiers. And today, on the occasion of my kids' birthday, I am happy to come out victorious from this battle and be able to give them the best gift I can. The health and well being of our family," Sanjay Dutt said.

My heart is filled with gratitude as I share this news with all of you today. Thank you 🙏🏻 pic.twitter.com/81sGvWWpoe

The news comes days after a family source told PTI that the actor had responded "very well" to the medical treatment for cancer.

In August, Sanjay Dutt had announced that he would be taking a break from his professional commitments to focus on medical treatment, amid speculation that he was battling lung cancer.

The actor, in his statement, further thanked friends and family for being his source of strength.

"This wouldn't have been possible without the unwavering faith and support from all of you. I am eternally grateful to my family, friends and all the fans who have stood by me and been my source of strength through this trying time. Thank you for the love, kindness and the countless blessings that you have sent my way," he said.

Sanjay Dutt, who was undergoing treatment at a hospital here, also extended his gratitude to the team of doctors and medical staff.

"I am especially grateful to Dr Sewanti and her team of doctors, nurses and the medical staff at Kokilaben Hospital who have taken such good care of me in the last few weeks. Humbled and grateful," he added.

The actor, who was last seen in "Sadak 2", opened up about his cancer diagnosis for the first time last week in an Instagram video shared by celebrity hairstylist Aalim Hakim.

He is gearing up for the shooting of his next, "KGF: Chapter2", in November. The period action film, starring Yash, marks Sanjay Dutt's Kannada debut. PTI