Shamshera and Brahmastra: Ranbir worked round the clock for 350 days amid covid and also took care of his ailing father : The Tribune India

Shamshera and Brahmastra: Ranbir worked round the clock for 350 days amid covid and also took care of his ailing father 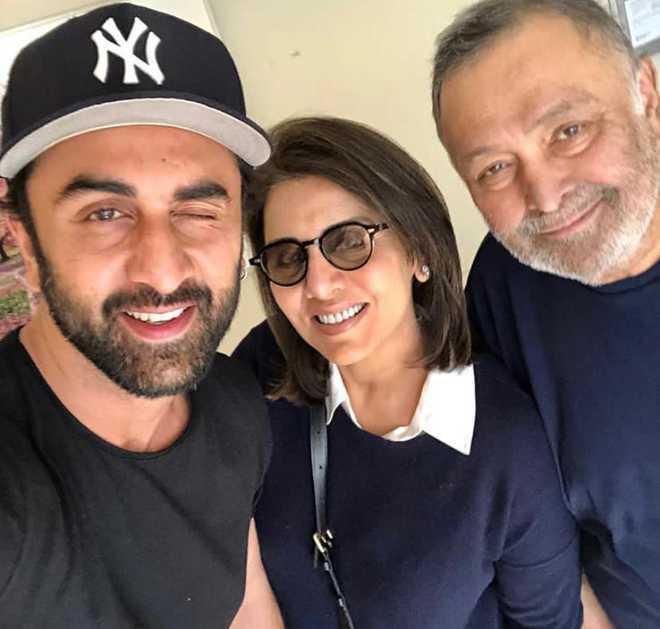 With ‘Shamshera’ and ‘Brahmastra Part One: Shiva’ releasing back to back, Bollywood star Ranbir Kapoor says he hopes the upcoming films make up for his four year-long absence from the big screen.

The actor, whose last release was 2018's ‘Sanju’, said he worked for almost a year on the two movies amid the COVID-19 pandemic and while taking care of his ailing father, the late veteran actor Rishi Kapoor who died in 2020.

"My last release was the 'Sanju' biopic, which was exactly four years ago. Then, we got hit by the pandemic for a year and a half. For one year, my father was unwell, so a lot of time went into his treatment abroad.

"I've been working on 'Shamshera' and 'Brahmastra', both big-ticket, long drawn films. Collectively, I shot 350 days for both the films. I was working round the clock, and now both these films are coming out. I hope these lost four years are made up by good entertainment for you," Ranbir Kapoor told reporters here on Monday night.

The actor was speaking at a promotional event of ‘Shamshera’, slated to be released Friday. He was joined by director Karan Malhotra as well as cast members Sanjay Dutt and Vaani Kapoor.

Ranbir Kapoor, who played Dutt in the biopic ‘Sanju’, said he was obsessed with the Bollywood icon since his childhood.

"He would see me in his gym and ask 'How are you still so frail?' He would joke, 'You're doing 'Barfi!'. What will you do next? Laddoo, peda? Do some action films'. He tried to inspire me," he recalled.

‘Shamshera’ is set in the 1800s and chronicles the story of a dacoit tribe, headed by the titular character, fighting for their right and independence from the British.

While Ranbir Kapoor stars in the dual role of Shamshera and his son, Balli, Dutt plays Shuddh Singh, a ruthless cop tasked by the British to rein in the tribe.

Calling Dutt "the Thanos of India" in reference to the famous Marvel Comics super villain, the actor said he had to work hard on his body to be on par with the veteran's larger-than-life screen persona.

"As an actor, it's your responsibility, an occupational hazard, that you have to work on your physique... (and) I had to stand up against him," he added.

"He is shrewd, dangerous, and when I had Karan breathing down my neck, Shuddh Singh had to ultimately become a wonderful character," he said.

Ranbir Kapoor said his father was happy about him collaborating with Malhotra for a massy entertainer like ‘Shamshera’.

Rishi Kapoor, who passed away after a two-year battle with leukaemia in 2020, had worked with the director in the 2012 film ‘Agneepath’.

"When I signed 'Shamshera', he was very happy because he always used to complain that my film choices were awful. That those films don't reach the masses, so he was excited that I had signed 'Shamshera'. Unfortunately, he couldn't see its first look or teaser. But I hope he's up there, smiling and proud of me," he added.

Vaani Kapoor said she only has good memories of working on ‘Shamshera’. The actor plays Sona, a dancer and love interest of Balli.

"I can only look back and imagine having a lot of fun. There's a lot of fondness about the time I spent working on this film. Today, I don't even want to crib about the dust, wind or storm. Every bit is memorable for me," she added.