Shehnaaz Gill shares a new video to ask her fans and followers ‘how is your morning going?’ 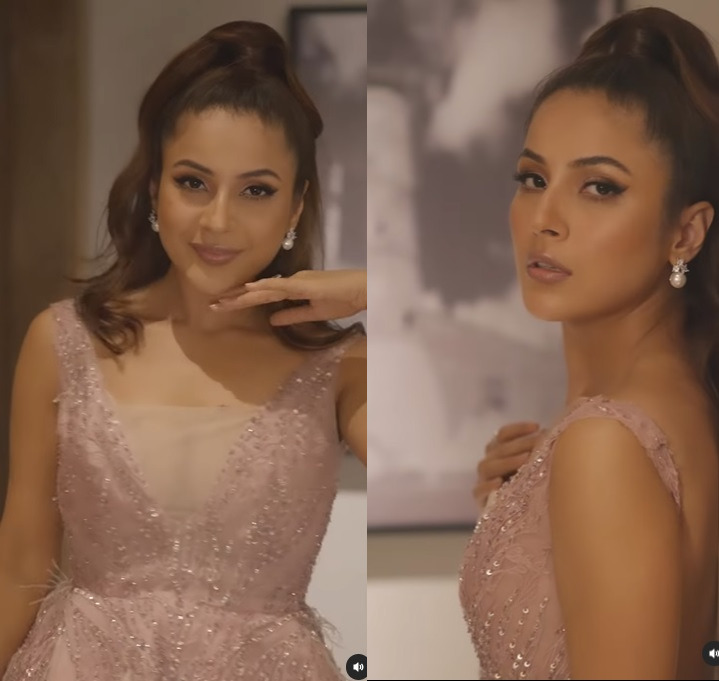 Shehnaaz Gill’s popularity on social media is the talk of the town. Bigg Boss 13 surely made her a household name and ever since the show, she has been endorsing several brands on social media. The model-actress has even got her Bollywood break in Salman Khan’s upcoming movie ‘Kisi Ka Bhai Kisi Ki Jaan’.

Her work commitments aside, Shehnaaz’s social media posts are a favourite among her fans. Every time she gives a peek into her life and routine, fans pour their love on the posts. So is the case with her latest video.

When the actress shared a glamorous video dressed in a blush pink mini dress, fans couldn’t get enough of their favourite celebrity.

Channelising her inner diva, Shehnaaz looked beautiful in the pink frock-style dress. Her hair tied in a neat ponytail, she opted for dewy make-up with winged eyeliner and chose silver chunky heels to complete the look.

Modelling in the hallway of the place where they video is shot, she posed for the camera wish style.

In the caption, she wrote, “How is your morning going?"

As soon as the video reached Instagram, her fans dropped compliments in the comments section. Many fans compared her look to a doll. A fan wrote, “Barbie doll #Shehnaaz Gill.” Another said, “baby doll.’ A third fan wrote, “Amazing beautiful queen.”

On the work front, Shehnaaz is busy shooting for Salman Khan’s movie, Kisi Ka Bhai Kisi Ki Jaan. The film is directed by Farhad Samji and written by and Sajid Nadiadwala. It also star Pooja Hegde, Venkatesh Daggubati and Parth Siddhpura among others. The film is anticipated to make its theatrical release on December 30, this year. There are reports that the actress will also be seen in the sequel of Kick.