Sidhu Moosewala's love for his father in this new pic will melt your heart, just like Sonam Bajwa and many others 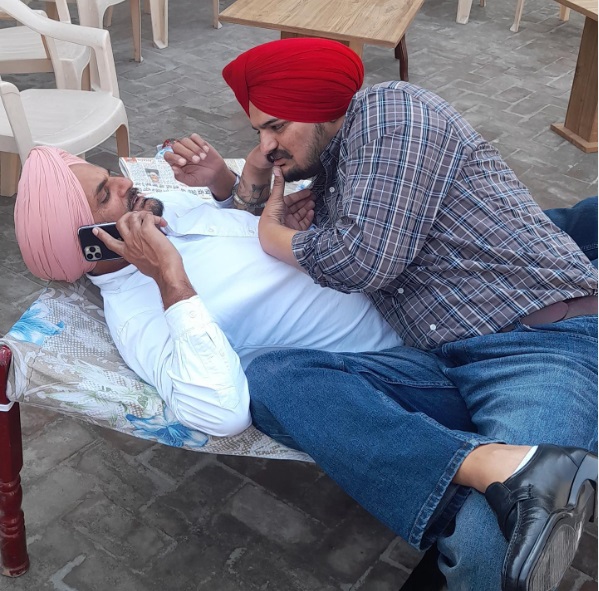 A never-before-seen photo of Sidhu Moosewala with his father. Instagram/sidhu_moosewala

It’s been almost two months since Sidhu Moosewala was killed. His family, friends and fans are still recovering from the loss. There is a prayer or a kind word for the late singer-politician surfacing on the internet every day. Now, there is a throwback photos of Sidhu Moosewala and his father Balkaur Singh that has left the netizens in tears. This picture was posted on Sidhu Moosewala’s Instagram page on Thursday.

The photo shows Balkaur Singh relaxing on a cot, attending a call as Moosewala sits close to his father, looking at him with love. The two were very close to each other, we’ve known and this picture depicts just that. The candid photo of late singer has left his fans emotional. Comments like, ‘Bapu Tera Putt Star (Father, your son is a star)’, ‘What a beautiful dad-son moment!’, ‘SIDHUAA .... BAAPU TERA BADHA YAA PROUD TERE TE (Sidhu, your father is proud of you)’, ‘Legendary Moment’, and many such heartfelt messages poured for the picture.

Punjabi celebrities also commented on the post. Actress Sonam Bajwa wrote, ‘Forever in our hearts’, and many fans echoed. One wrote, “You will always remain in our hearts. What a beautiful dad-son moment!". Singer Jenny Johal also reacted to the photo. He said,“The cutest picture I came across today.” Singer Sameer Jangid commented, “Bapu Tera Putt Star (Father, your son is a star)."

Take a look at the photo:

Sidhu Moosewala was shot dead in Mansa District on May 29, a day after the state government withdrew his security cover.