Sushmita Sen and Rohman Shawl broke up few months ago, in the latest pictures Rohman can been seen protecting Sushmita from crowd 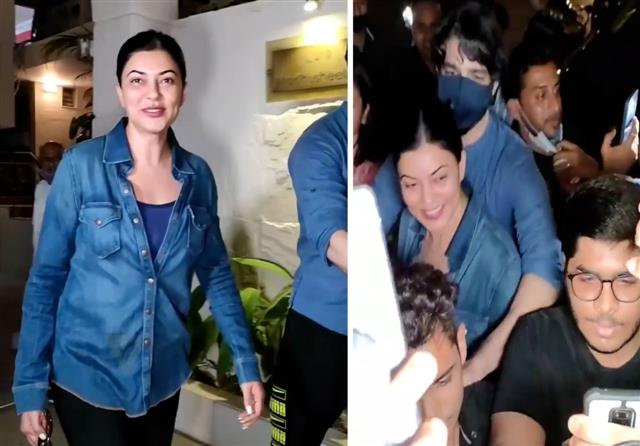 It was in December last year when actress Sushmita Sen announced her breakup with boyfriend Rohman Shawl. It was for the first time after their breakup that Sushmita and Rohman were spotted together in Mumbai. Sushmita’s younger daughter Alisah Sen was also seen with them.

There are videos that have taken the internet by storm and people have all sorts of questions about their possible patch-up.

While announcing her breakup in December last year, Sushmita wrote on Instagram, "We began as friends, we remain friends!! The relationship was long over...the love remains!!"

Bollywood paparazzo Viral Bhayani has posted two videos on on his Instagram, in which we can see Sushmita, Rohman and Alisah stepping out of a building together. In the background we can hear the crowd asking the actress to pose with Rohman to which she smiles and waves at them. A few steps further, she then stops to pose for selfies with her fans. At the same time, Rohman helps Alisah get inside the car. He then comes and stands near Sushmita.

Both Sushmita and Rohman were twinning in denim shirts and black pants. Sushmita tied her hair and carried a black Louis Vuitton bag. Alisah was dressed in a striped t-shirt, which layered with a blue hoodie. She teamed it with grey joggers and wore white crocs in her feet.

As more people joined the crowd to get clicked with Sushmita, Rohman comes forward to guard her. He can be see keeping his hands around her. He stands behind Sushmita and extends his arms to form a barrier around her so that she doesn’t get hurt. He continues to walk like that escorting her till the car.

Take a look at the video:

In another video, Sushmita is seen sitting in the front seat, while Rohman sits behind her. Alisah is sitting next to him in the back seat. While people continue to click selfies, Sushmita smiles and folds her hands to her fans.

Reacting to the video, a fan wrote, “They are together again?”

Another commented, "The way Roman protects her." Another fan said, "Wooooow!!! They r together again.”

Yet another commented, “Wooowww best boyfriend.”

An Instagram user said, "Wht a caring person she has. She is also sooo adoreable n desrve the true care." " Ek Saath Phir se," commented a fan. "So sweet of him to do that," said another. " Pure love," wrote another person.

On December 23, Sushmita took to Instagram to announce her break-up with Rohman. Around this time, rumours rife that the two had parted ways. Sushmita put the noise to rest as she shared a selfie with Rohman and wrote, "We began as friends, we remain friends!! The relationship was long over…the love remains!! #nomorespeculations #liveandletlive #cherishedmemories #gratitude #love #friendship. I love you guys!!! #duggadugga."

Rohman had reacted to the post by saying, "Always” along with a heart emoji. 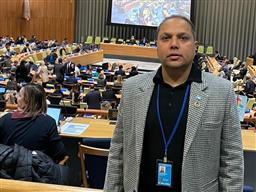