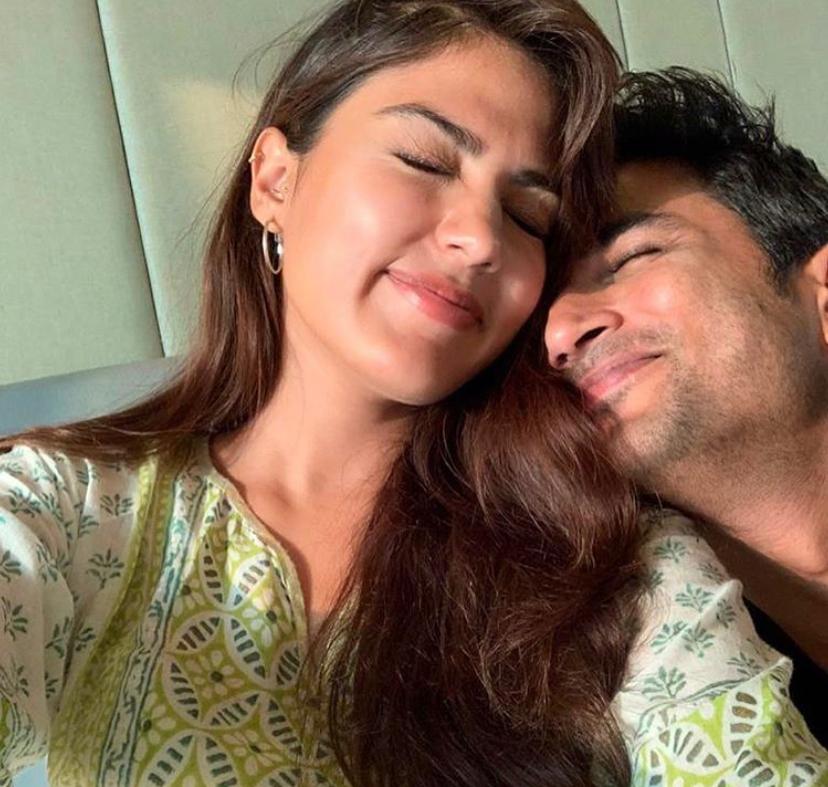 Minutes after Rhea Chakraborty was arrested by the Narcotics Control Bureau (NCB) on Tuesday, her legal team headed by senior advocate Satish Manshinde slammed central agencies for "hounding" a lone woman "just because she was in love with a drug addict".

The Bollywood actress was arrested after a tough three-days of grilling to unravel the drugs nexus in the film industry, officials said. Unlike on previous days when she was hounded by media and the actress looked flustered, trying to hop, skip and run away from media attention.

Rhea in an unexpected gesture waved at the media before boarding the van that took her for medical checkup. Social media called the gesture "almost a challenge" thrown at her distractors.

"Central Agencies hounding a single Woman just because she was in love with a drug addict and was suffering from Mental Health issues for several years under the care of 5 Leading Psychiatrists in Mumbai, who ended up committing suicide due to consumption of Illegally Administered Medicines and used drugs," said Manshinde who is representing Rhea Chakraborty.

In his statement to the media, Manshinde also talked about the fresh complaint filed by his client with the Mumbai Police and said that the Bandra FIR has been transferred to CBI as per the order of the Supreme Court.

"CBI will investigate if the Doctor is criminally culpable or otherwise. There's no negligence alleged but Criminal culpability of forging a prescription. The drugs administered are prohibited psychotropic substances as contained in the NDPS Act, which are not the subject matter of the CBI case already pending investigations," he said.

Rhea has been charged under various sections of the NDPS Act for her alleged role in the drugs angle which has emerged in the investigations into the death of actor Sushant Singh Rajput.

Rhea has been taken for a medical test and is likely to be produced before a magistrate through video-conferencing for remand in the evening.

The NCB had interrogated Rhea for six hours on Sunday, later on Monday for eight hours and again for around five hours on Tuesday before placing her under arrest. IANS