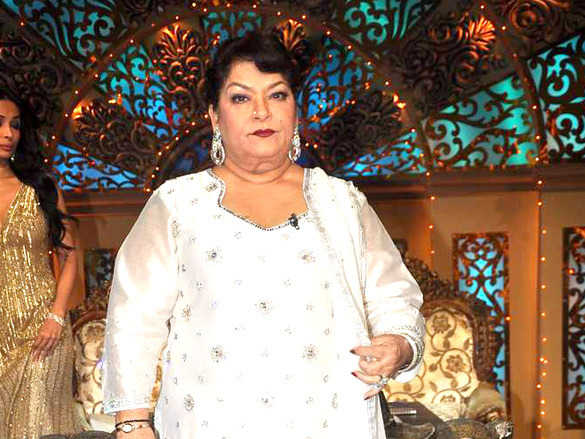 Legendary choreographer Saroj Khan, who made some of the biggest Bollywood stars dance to her steps in iconic numbers like “Hawa Hawai”, “Dhak Dhak” and “Ek Do Teen”, died of cardiac arrest early on Friday morning. She was 71.

The three-time National Award winner was not keeping well for some time.

She was admitted to Guru Nanak Hospital in Bandra on June 20 after she complained of breathing issues. She had tested negative for COVID-19.

“She passed away due to cardiac arrest at around 2.30 am at the hospital,” Khan’s nephew Manish Jagwani told PTI.

Her funeral was held on Friday morning at a cemetery in suburban Malad.

“We buried her at around 7 am. The prayer meeting will be held after three days,” Sukaina told PTI.

Actor Madhuri Dixit Nene, who did some of her best work with the choreographer, said Khan was her friend and “guru”.

“I’m devastated by the loss of my friend and guru, Saroj Khan. Will always be grateful for her work in helping me reach my full potential in dance. The world has lost an amazingly talented person. I will miss you. My sincere condolences to the family. #RIPSarojji,” Madhuri tweeted.

I'm devastated by the loss of my friend and guru, Saroj Khan. Will always be grateful for her work in helping me reach my full potential in dance. The world has lost an amazingly talented person. I will miss you💔 My sincere condolences to the family. #RIPSarojji

Superstar Akshay Kumar said Khan, who was known in the industry as ‘Masterji’, made dance look easy and accessible.

“Woke up to the sad news that legendary choreographer #SarojKhan ji is no more. She made dance look easy, almost like anybody can dance, a huge loss for the industry. May her soul rest in peace,” Akshay tweeted.

Woke up to the sad news that legendary choreographer #SarojKhan ji is no more. She made dance look easy almost like anybody can dance, a huge loss for the industry. May her soul rest in peace 🙏🏻

Actor Kareena Kapoor Khan, who worked with her in “Ye Ishq Haaye” from “Jab We Met” and other songs, said there can never be another like the choreographer.

“Masterji always told me ‘If you can’t move your feet, move your face’. That’s what she taught me... to enjoy dancing, smile and smile through the eyes. There can never be another... Dance and expression can never be the same for us actors and for everyone who loved her... Love you Masterji. Till we dance again,” Kareena wrote on Instagram.

Filmmaker Hansal Mehta said the choreographer's death was the end of an era.

Happy birthday M.D, my inspiration. You are my love for dancing. God give you a long long long life, his blessing should always be on you, God give you good health and keep you wealthy. God bless your children and Dr. Nene. Lots of love, Master Ji.❤️🙏🏻

Director Kunal Kohli, who worked with the choreographer on “Fanaa”, remembered Khan as someone who stood up for people’s rights.

“She stood up for the rights of people. Never bothered who was a star or not. She said her bit unadulterated and from the heart. Brought biryani on every song and fed the whole crew so lovingly. We gossiped, we worked. Thank you for the memories masterji. Saroj Khan love you always,” he tweeted.

In a career spanning over four decades, Khan choreographed more than 2,000 songs.

Khan’s best work was with actors Sridevi and Madhuri Dixit, the prominent dancing stars of the ’80s and ’90s.

The choreographer, whose parents migrated to India after the Partition, started her career in the film industry as a child artiste at the age of three and later worked as a background dancer.

She was born as Nirmala but later converted to Islam.

Khan learnt dance while working under film choreographer B Sohanlal. They got married when she was 13 and he was 41.

She got her first break as an independent choreographer with “Geeta Mera Naam” in 1974 but it took Sridevi’s “Hawa Hawai” and “Kaate Nahi Kat Te” from 1987 film “Mr India” for her to receive acclaim as a dance choreographer of repute.

There was no looking back for Khan after the success of the movie. She choreographed Sridevi in films such as “Nagina” and “Chandni” as well.

But it was her work with Madhuri Dixit that made her famous.

Starting with “Ek Do Teen” in “Tezaab”, she choreographed Madhuri in “Tamma Tamma Loge” in “Thanedar” and “Dhak Dhak Karne Laga” in “Beta” and “Dola Re Dola” from Sanjay Leela Bhansali’s “Devdas”.

Khan’s death comes at a time when the film industry is already grappling with the loss of Irrfan Khan, Rishi Kapoor, Basu Chatterjee and Sushant Singh Rajput in recent months. PTI

Come and support Modi Ji and the corona virus warriors as I am supporting them on 17th May, 7:00 pm (IST). Show your appreciation by clapping hands, whistling or waving an Indian flag created by you. We can win this battle against this virus. Stay home stay safe. Jai Hind.🙏🏻 // #17mayindiaboost