Katrina in an interview joked that she didn’t want to be left behind when Anuskha Sharma, Priyanka Chopra and Deepika Padukone got married 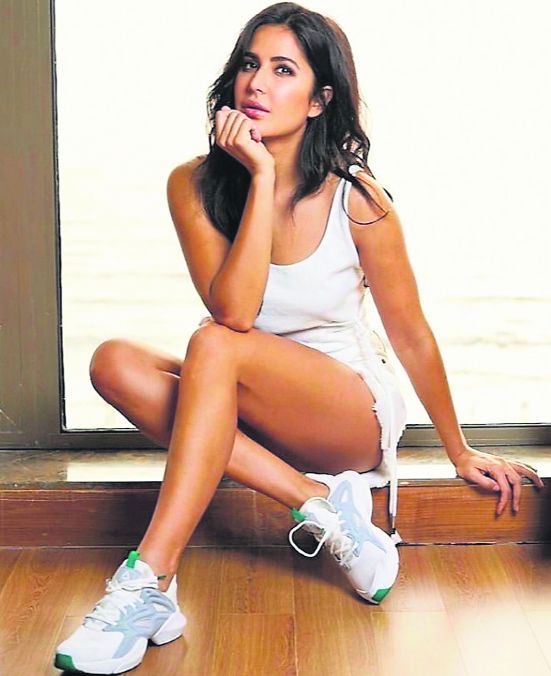 It is probably B-town’s biggest buzz these days. Although neither of them has confirmed but details about Katrina Kaif and Vicky Kaushal’s wedding are pouring in from all corners. From their guests signing a non-disclosure agreement to the arrangements at the venue that includes Katrina’s uber expensive bridal mehendi for one lakh, there is so much to talk about. The rumoured couple has been dating for more than two years.

In 2018, during an interview Katrina had declared that she was as ‘single’ as she possibly could be. And when Priyanka Chopra and Deepika Padukone got married, in a light mood, she told Filmfare that she didn’t want to be left behind. She’d said, “Everyone’s getting married, I’m like, ‘Don’t leave me behind’. It’s like everyone’s gone ahead of you, and you’re like, ‘Wait for me!'”

In the same interview, she was asked about the three things that men should do to get her attention. To this question, Katrina had said, “Just make sure I am aware that you want it. A sense of humour is really important, and maybe smell good.” And her wish for 2019 was to have ‘a boyfriend’.

Rumours of Katrina Kaif dating Vicky Kaushal began when the beautiful actress on Koffee with Karan said that she and Vicky Kaushal would look good together on screen. And when Karan asked Vicky for his take, the actor pretended to faint. The two have never acknowledged their relationship in public but have often been spotted together.

Krushna Abhishek in an interaction with ABP had spilled the beans when he said, “Vicky is my neighbour so I can wish him in the lift (laughs). The wedding preparations are happening but in a hush-hush way. They haven’t shared it yet. Vicky is also a wonderful guy. They make a good pair. Both of them are nice people. I am not being political. I actually know them so I wish them good luck.”