Sushant and Ankita met on ‘Pavitra Rishta’ sets, and dated for more than six years 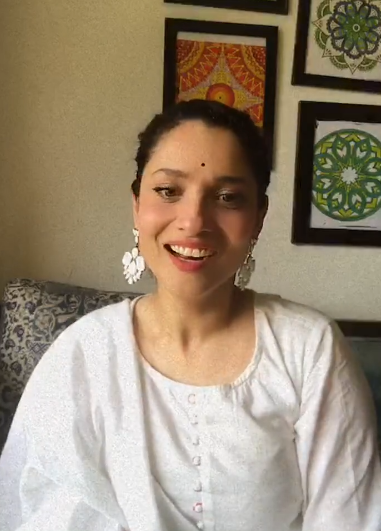 Ankita Lokhande slammed on her former boyfriend Sushant Singh Rajput’s fans. The actress came down heavily for their constant negativity and trolling on her social media posts.

Sushant and Ankita met on ‘Pavitra Rishta’ sets, and dated for more than six years. Sushant was found dead at his Mumbai apartment on June 14 last year.

During an Instagram live on Monday, Ankita talked about how she receives vile comments on her reels and dance clips, and how it gets difficult for her parents to digest them.

She advised trollers to unfollow her.

“Those who are pointing fingers at me today perhaps knew nothing about my relationship. And if you had so much love for him, then why are you fighting now? Where were you when our relationship was ending? Today, I am being blamed, but I am not at fault. Everyone has different motives in life. Sushant always wanted to grow in his life and that is what he did. He went his way. How am I to blame for that? Why am I being abused? What did I do wrong? You don’t know what is my story, so stop blaming me. It is really hurtful,”

“I went through depression too but I never spoke about it. I was in a very bad state. I was in a lot of pain. I also cried a lot,” she added.