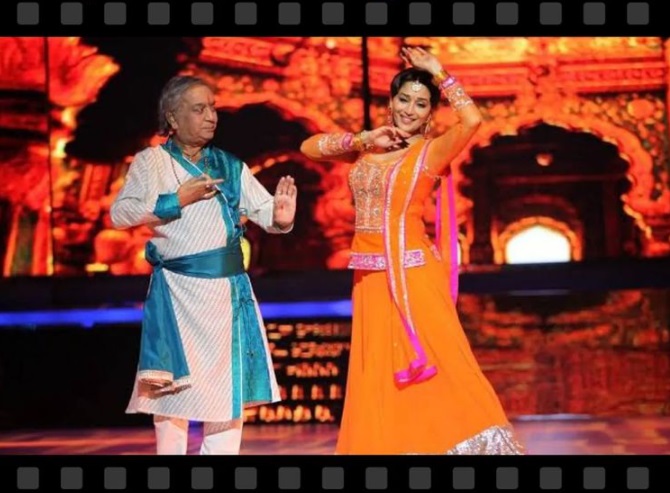 Both were Sanjay Leela Bhansali films bearing his unmistakable stamp of grandeur and languid storytelling. His production house, which is celebrating its silver jubilee this year, remembered its association with Maharaj ji by posting two throwback pictures from the sets of the films.

Describing him as an "incredible talent" and an "inspiration for many", Bhansali Productions said in its heartfelt tribute: "We'd just like to say, thank you, for being a part of our journey and for allowing us to be a small part of yours. It goes without saying but dancing to Kathak will never be the same again."

Here are some memorable pictures shared by the production house:

Today, we are extremely saddened and heartbroken by the loss of an incredible talent, Pandit #BirjuMaharaj
Your legacy inspired us and so many. Recalling the moments, we had the pleasure to have you on board with us, pic.twitter.com/50WxNZ8qvn

On a personal note, Madhuri Dixit remembered the lighter side of Maharaj ji, whose hallmark was his infectious smile. The actress tweeted: "He was a legend but had a childlike innocence. He was my guru but also my friend. He taught me the intricacies of dance and abhinaya but never failed to make me laugh at his funny anecdotes."