As per reports, wedding will be held in Rajasthan with a strict 'no phones' policy 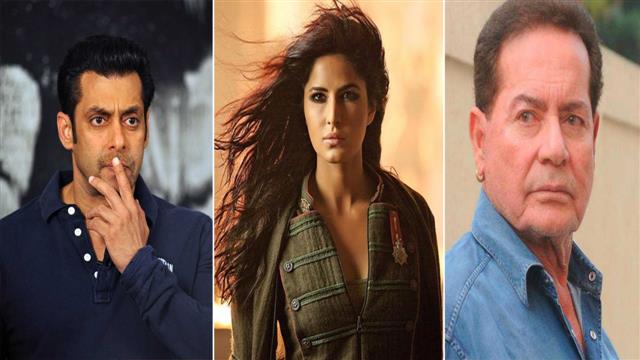 Will Salman Khan and his family give a skip to Vicky Kaushal and Katrina Kaif’s rumoured wedding in December? Enough speculation are been made over there attending it.

While there has been no official statement from the couple on the wedding dates till now, the couple is trending big time on social media over wedding ceremonies.

If reports are to be believed, the wedding ceremonies will take place in December for which the booking has already been done.

As per reports, the wedding will be held at a fort resort in Rajasthan and no phones will be allowed.

A lot is been said about the quest list and whether Katrina Kaif's ex-boyfriend Salman Khan will attend the wedding.

According to Dainik Bhaskar, when they got in touch with Salman Khan's father and noted screenwriter Salim Khan for a quote on Katrina Kaif-Vicky Kaushal's wedding, he replied saying, 'What should he say about it since the media is left with only such issues to talk about.

Ever since the news broke about Katrina and Vicky's wedding, the rumoured couple has been extremely tight-lipped about it. In the last few weeks, there have been numerous speculations about the hush-hush wedding between the two parties.

Earlier this year, the couple reportedly had a 'Roka' ceremony at filmmaker Kabir Singh's residence in Mumbai. The couple will reportedly have a court marriage in Mumbai before flying to Rajasthan.