With 112 as ‘Chellam Sir’, UP Police join ‘The Family Man’ meme fest

At the centre of the collage is an image of 'Chellam Sir', a hugely popular character from the show’s latest season 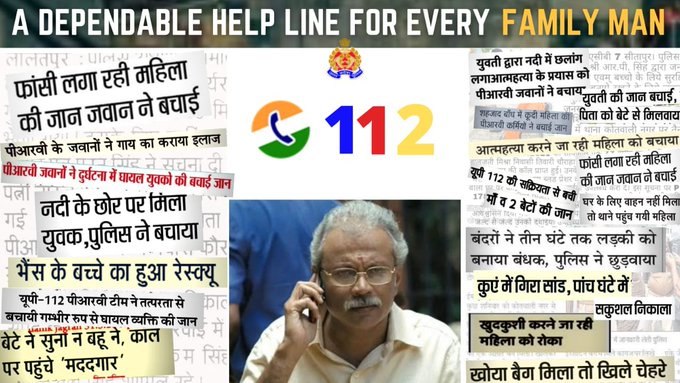 The Uttar Pradesh Police on Wednesday joined the meme tribe of the popular web series “The Family Man” by invoking the show’s famous character “Chellam Sir”.

“The Family Man”, streaming on Amazon Prime Video, is a multilingual action thriller that follows the exploits of a terrorism investigation agency official, fronted by Manoj Bajpayee, balancing his high-risk job with family responsibilities.

The first season of the series went online in 2019 and the second started streaming on June 4 with rave reviews with fans sharing memes from the series.

Riding on the back of the show’s popularity, the UP Police on Wednesday tweeted, “UP 112, A 24/7 solution for every family in crisis, an all-weather helpline, a true saviour for all seasons!”

It shared a collage picture along with the post that has news articles about how the UP Police’s emergency 112 service has helped distressed callers and prevented mishaps.

At the centre of the collage is an image of “Chellam Sir”, a hugely popular character from the show’s latest season, holding a cellphone. The caption reads: “112: A dependable helpline for every family man”.

The 112 is UP Police’s emergency number across the state.

Known to the audiences only as “Chellam Sir”, the character of a retired top intelligence officer is played by actor Udayabhanu Maheshwaran, who helps Bajpayee’s Srikant Tiwari whenever there is a crisis during their mission.

Reacting to the tweet, the series creator-duo Raj and DK responded: “We love your sense of humour UP Police.”

Some Twitter users lavished praise on the UP Police for its work, while some also took jibes over various law and order issues in the state. PTI