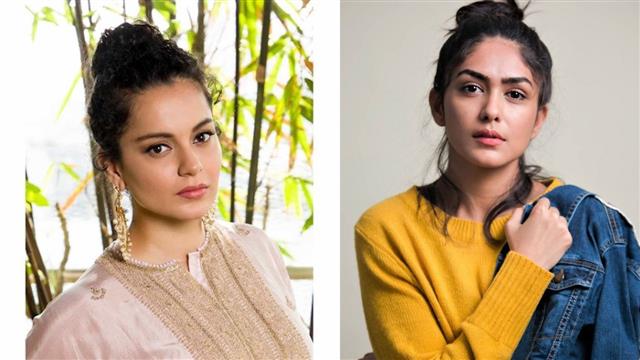 The actor, who’s busy filming her next movie ‘Emergency’, reviewed the film and was all praises for the ‘epic love story’ and Mrunal’s performance in particular.

Sharing a series of stories on Instagram, Kangana praised the ‘extraordinary screenplay and direction’.

“Finally got time to see Sita Ramam. And I must say what a spectacular experience and epic love story. Extraordinary screenplay and direction. Congratulations to Hanu Raghavapudi. All the departments worked wonderfully,” she wrote. 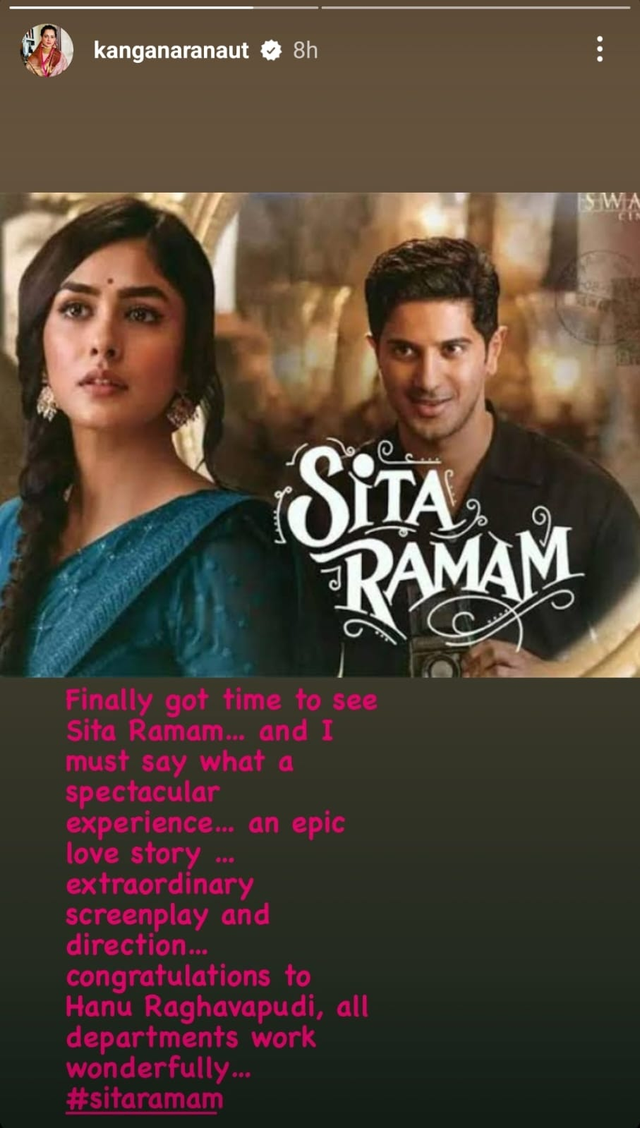 While Kangana enjoyed the period drama, Mrunal’s performance in the film stood out for her as she wrote, “All actors did amazingly well but what stood out the most for me was Mrunal Thakur’s performance. Restrained emotions and rare dignity in her demeanor. No other actress could have portrayed it. What a terrific casting!”

For the ‘Queen’ actor, Mrunal was a true queen as she gave her a shoutout, “Truly a queen. Zindabad Thakur Saab, here begins your reign.”

Mrunal played the role of Princess Noor Jahan, also known as Sita Mahalakshmi, in the film.

Touched by the appreciation, Mrunal wrote, “Coming this from the Queen herself means the world to me. Thank you.” 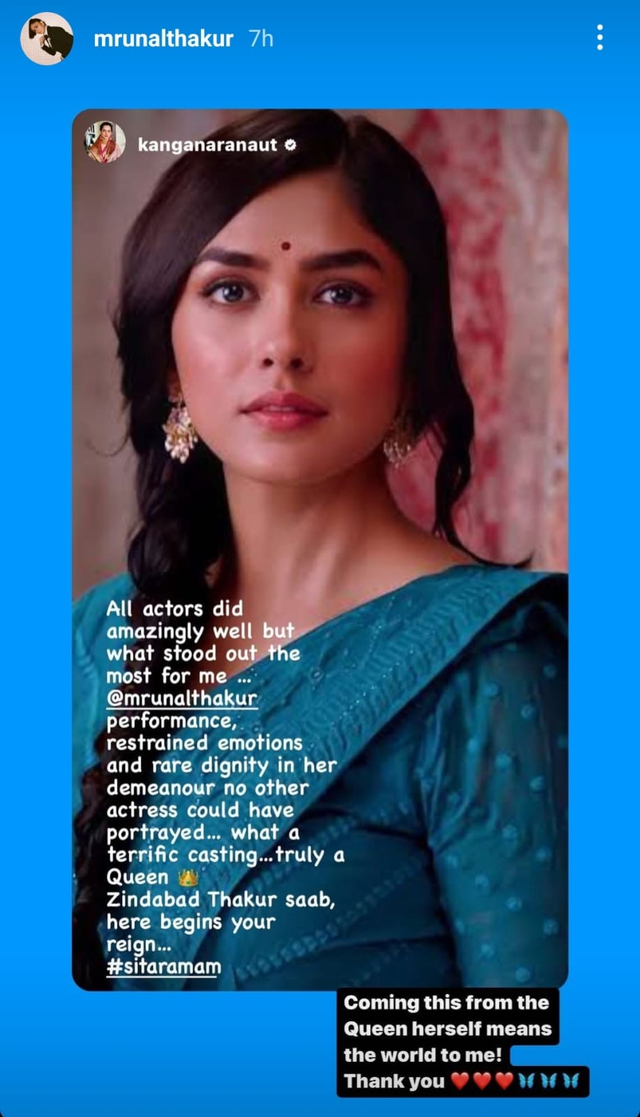 The film has been receiving glowing reviews and critical acclaims besides universal love. The period drama is set in 1964 and is about an Indian Army officer posted at the Kashmir border who receives anonymous love letters. He sets out to find the anonymous writer and proposes to her. The Telugu romantic drama is written and directed by Hanu Raghavapudi.