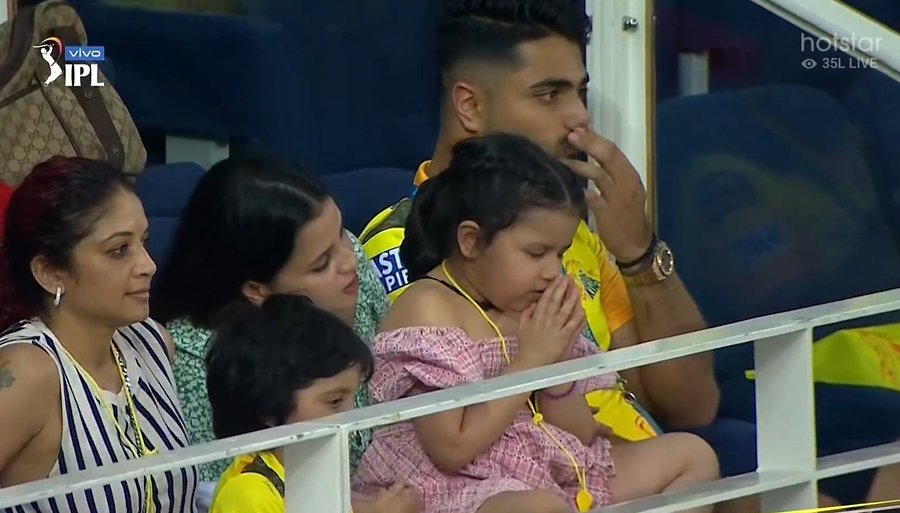 A viral photo of cricketer Mahendra Singh Dhoni’s daughter Ziva Dhoni praying has won millions of hearts on the internet. During the 14th edition o the IPL that saw Chennai Super Kings (CSK) play against Delhi Capitals (DC) in Dubai on Monday, 5-year-old Ziva caught cameras as she was seen sitting with folded hands on her mother’s lap praying for her daddy’s team to win.

Although Dhoni’s team CSK lost to DC by three wickets, Ziva’s innocent picture is a winner for sure. Twitterati has termed it ‘cuteness overloaded’ and turned it into a viral moment from the match.

Here are some of the top tweets with Ziva’s cute photo from the stands where she in deep prayer for her father Mahendra Singh Dhoni’s ‘yellow army’.

None is so Biggest fan of Mahi than her🥺! Literally! ZIVA The DIVA 🥰! #MSDhoni #ZivaDhoni #DCvCSK pic.twitter.com/atPVBCiQXF

Zee🥺
When I saw her praying, atleast for her wish I thought CSK should win today!! But that's okay🥺! Let's Comeback for the next game💛

Baby Ziva praying for the victory of Super Kings.💛🙇
Probably one the cutest moment from last nights encounter vs DC.😍❤#ZivaDhoni #CSKvsDC#MSDhoni pic.twitter.com/aBBLFquX65