‘Any history of SAD has to be critical of Badals’ 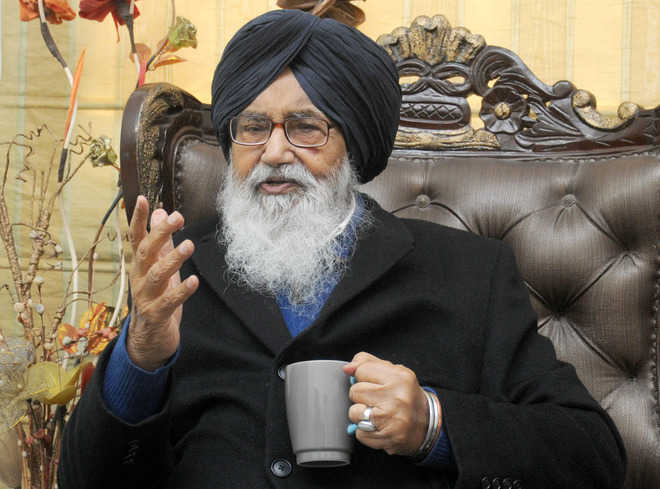 From a mass movement of the Sikhs having representatives from all parts of Punjab and even abroad, the Shiromani Akali Dal is now a party controlled by one family only, says historian GS Dhillon, echoing the viewpoint of a number of distinguished members of the community who have watched and commented on the party from close quarters for long.

As the Akali Dal enters its centenary year, Dr Prithipal Singh Kapur, former Pro-Vice-Chancellor of Guru Nanak Dev University and an eminent historian, terms the year-long anniversary celebrations “mere means to divert attention of the Sikhs from the real issues confronting the Panth”.

‘Compromises made to stay in power’

Parkash Singh Badal was the first political careerist in the party. When it becomes a career, many compromises are made to stay in power. A party which was against Mahants and deras supported these very groups to get votes. The result is before us. This has resulted in mushrooming of many Akali Dals.

“The party has for the last several years focussed on rituals, but failed to rise to the challenge when incidents of sacrilege happened, or when the controversial pardon to Dera Sacha Sauda chief was planned. Most recently, it failed to counter effectively when the verdict on Ayodhya mentioned Sikhism as a cult of Hindus,” he says.

Akali Dal “may not survive the way it is now, but there will always be a group representing the interest of the Sikh community, especially in the present condition in the country where a group like the Akali Dal can prevent the ongoing onslaught on minorities in the country”, he adds.

‘Party is face of the Sikh to the world’

Shiromani Akali Dal represents the face of the Sikh to the world. The grit of the Sikhs to revolt against any form of injustice, during ‘lehars’(movements), led to the formation of the Akali Dal. Despite conceding to the Indian form of democracy, the Akali Dal has always stood for getting a greater share of power to the states. The party has always argued for a federal structure of government.

Veteran journalist and author Jagtar Singh Sandhu says the party has had many high points of contribution, only to reach a dismal low now. “The journey is aptly described as from Golden Temple to Chandigarh. The party came into being because of Sikh religion but when it closed its office in Golden Temple and shifted base to Chandigarh, it reflected the change away from the core Sikh issues.” People used to own Akali Dal as their own, recalls Sandhu. “All morchas began from their office in Amritsar and yet it was done away with.”

The party Constitution, he points out, says its topmost agenda is protection of Sikh religion and objectives of the community. “The SAD came into being as a youth wing of the Shiromani Gurdwara Parbandhak Committee for fighting for control of Sikh places of worship, which in 1920 were controlled by Mahants. Today, the SAD controls the SGPC and even the Jathedars.”

The worst turn, he adds, came when “party patriarch Parkash Singh Badal summoned three Jathedars to his house for the pardon to the Sirsa Dera chief, a move that triggered the biggest crisis for the party, from which it is yet to come out”.

Prof JS Grewal, a well-known historian and classmate of Parkash Singh Badal, has seen the party from close quarters. The party wanted him to pen a book on the SAD’s history, but never released the book. “My book was not to praise anyone, but to write the real history. For that, truth has to be told. No history of the Akalis can be written without criticism of the role of the Badals,” he says.

A former Vice-Chancellor of Guru Nanak Dev University, Prof Grewal emphaises that there is no democracy in the Akali Dal now. “It is a party of one family: all powers are wrested with the Badal family.”

Dr Kapur points out that the Akali Dal was a movement for safeguarding the Sikh Panth but after the emergence of Badal, it became a party of career politicians.

Prof Grewal also feels that owing to changes in the party, many independent-minded leaders quit. “Sukhdev Singh Dhindsa is the only one left,” he says.

Bir Devinder Singh, a senior leader of SAD (Taksali), feels the Sikhs are still in search of their ultimate destiny as per the ethos of the Sikh faith, but the Akali leadership has failed miserably to come to the expectation of the Sikh community as a whole, and failed and fumbled every time it was expected to resolve decisively. 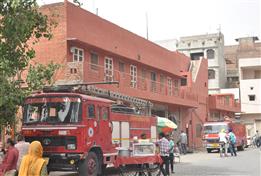 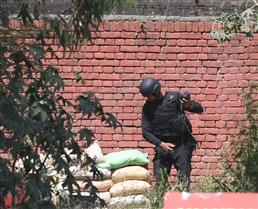