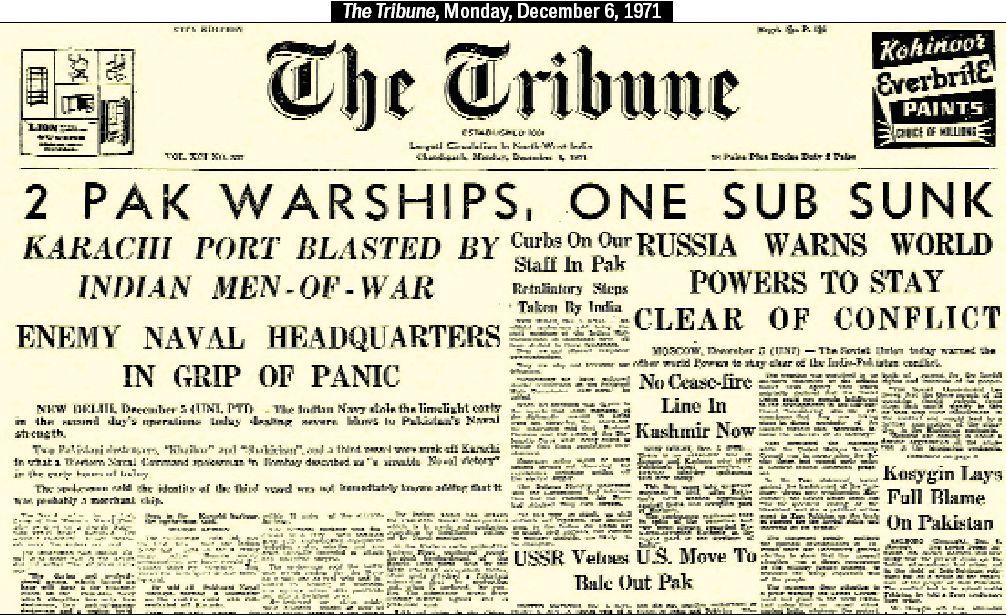 Commander Babru Bhan Yadav was the first recipient of Maha Vir Chakra in the Indian Navy. Affectionately known to all in his village simply as Babru, he was born in a military family of Bharawas village in Gurgaon district of then undivided Punjab. Bharawas now forms part of Rewari district of Haryana. Demographically, the villages in Rewari and Mahendergarh, and some in Gurugram district, are mostly inhabited by Ahirs, and the region is commonly referred to as Ahirwal. Its inhabitants are known not just for their simplicity and hard work, but also for the gallantry of its men in the armed forces from World War I to date.

The water-starved Ahirwal belt, for subsistence, was mostly dependent on remittances from their wards fighting someone else’s war overseas or overland, or India’s wars back home. It could not compete with the rain gods for more water, but the young Ahirs in armed forces ably compensated, many a time at the highest cost.

Babru grew up listening to stories of valour from his father Maj Bhagwan Singh, the Order of British Empire (OBE) awardee during World War I. After graduation from St Stephen’s College, Delhi, he was selected as Direct Entry Graduate in the Royal Navy. After four years of training at the Royal Navy College, Dartmouth, and one year as Midshipman onboard HMS Devonshire, Babru was commissioned into the Indian Navy on January 1, 1951.

Quick at uptake and ever exuberant, Babru was soon learning the nuances of sea warfare. His brilliant aptitude for all matters marine did not go unnoticed by his superiors. With just four years into service, he was nominated to attend the Anti-Submarine Warfare course in the United Kingdom in 1955; a specialised course done mostly on frontline ships. As Commander (equivalent to Lieutenant Colonel in the Army), Babru Bhan had a one-year challenging tenure on missile boats in USSR.

During the 1965 India-Pakistan war, the navies of both the countries, apparently, were restrained from playing a major role. Perhaps both the countries wanted to restrict the scope of the war. But a lot changed in the next five years. By the middle of 1971, the war clouds had started gathering intermittently. To counter any reckless misadventure by Pakistan, offensive plans had been prepared and war-gamed. The Indian Navy’s plan was to strike Karachi with a composite force on the very day that Pakistan carried out its first act of war. And the reckless misadventure by Pakistan happened in Indian skies when its Air Force attacked the Indian forward airfields at about 5.30 pm on December 3. Since it was not possible for the Indian naval forces to arrive at a point 150 miles from Karachi to commence the run-in the same evening, it was decided to launch operations the following day, on the night of December 4/5.

Commander Babru Bhan Yadav was considered most suitable to command a frigate for the assault on Karachi harbour and on December 2 had been given the command of K-25 Squadron, composed of three missile boats’ task force — INS Veer, INS Nipat and INS Nirghat. Just two days later, Pakistan’s Karachi harbour would be witness to the onslaught and fury of this Killer Squadron.

For his conspicuous act of bravery against all possible odds, Commander Babru Bhan Yadav was awarded Maha Vir Chakra. The write-up on the gallantry reads:

“On the night of December 4, 1971, Commander Babru Bhan Yadav, as Squadron Commander of three missile boats’ task force, was ordered to carry out an offensive sweep on the enemy coast of Karachi. Karachi harbour, being strategically important, was heavily guarded by the enemy. With a narrow mouth covered by formidable coastal defence, the harbour seemed impregnable. Notwithstanding the threat of the enemy surface and submarine attack, Commander Babru Bhan, onboard INS Nirghat, led his squadron deep into enemy waters and encountered two groups of large enemy warships. Despite heavy fire from the enemy destroyers and at great risk to his personal safety and of his personnel, Commander Babru Bhan fearlessly led his squadron towards the enemy in a swift and determined attack.

In that daring Indian marine assault, two enemy destroyers namely PNS Khyber and Shah Jahan and one minesweeper PNS Mahafiz were sunk. After completion of the mission assigned to his task force, and before sailing back to Bombay, Commander Babru Bhan bombarded Karachi harbour and set its oil installation ablaze and fearlessly sailed back, leaving the harbour in flames. The attack by the intrepid task force into the lion’s den, fearlessly led by Commander Babru Bhan, was acknowledged as a resounding success even by the Pakistan Navy.”

The K-25 Squadron, commonly referred to as Killer Squadron, annihilated the Karachi harbour with a fleet of just three missile boats’ task force. While the three missile boats of K-25 speedily sailed back, a Pakistan Navy’s Jaguar fast patrol boat which tried to follow the withdrawing Indian force was picked up by a Pakistani aircraft and sunk, in the belief that it was an Indian boat. An announcement was made on the spot by Radio Pakistan awarding the highest gallantry award to the pilot. Not to be left behind, even AIR announced the loss of one boat (apparently INS Nirghat with Babru on board) and posthumous award of Maha Vir Chakra to Commander Babru Bhan Yadav. However, there was tremendous rejoicing when Babru, with his characteristic humility, turned up at the advance base without even a minor scratch on his 6-foot-plus frame.

Commander Babru Bhan Yadav, MVC, retired as Commodore (equivalent to Brigadier). Babru never married. Even after retirement, he remained wedded to his first and only love — the Indian Navy.

The first successful assault on Karachi harbour produced not one but two Maha Virs, the other being Commander Gopal Rao. For displaying conspicuous gallantry and outstanding leadership in the best traditions of the Navy, Commander Kasargod Patnashetti Gopal Rao, commanding two Arnala-class anti-submarine corvettes namely INS Kiltan and INS Katchal, was awarded the Maha Vir Chakra.

The daring assault on Karachi harbour resulted in sinking of Pakistan’s two destroyers and one minesweeper. How many Pakistani sailors met their watery grave is not known but the Indian Navy lost 178 sailors and 18 officers, along with their Captain on the fateful evening four days later.

The biggest setback to the Indian Navy patrolling the Arabian Sea happened when INS Khukri, an anti-submarine warfare frigate, was torpedoed by PNS Hangor, a Pakistani submarine it had been hunting for. The Khukri sank within minutes when nearly 200 officers and men were still trapped below decks. The time was 8.45 pm on December 9.

Captain Mahendra Nath Mulla, the Captain of Khukri, remained on the bridge and kept shouting at the wavering crew: “Pani mein jao, jahaz par nahi bachoge. Life-raft mil jayega! Jao! Jao!’(Get into the water. You won’t survive on the ship. You’ll get the life raft. Go!).” Captain Mulla could have saved himself, but the deeply empathetic sailor with deep-rooted naval ethos had already made up his mind. The Khukri disappeared beneath the Arabian Sea within three to four minutes of having been hit, with its Captain still on the bridge. Captain Mulla was last seen going down with the ship saving his shipmates.

For his outstanding courage and determination and supreme sacrifice in the best traditions of the Navy, Captain Mahendra Nath Mulla was posthumously awarded the Maha Vir Chakra.