In the 75 years since Independence, regional flavours from North to South and East to West have intermingled to create a pan-Indian thali, while signature delicacies have registered a sizzling success in enticing palates across the globe 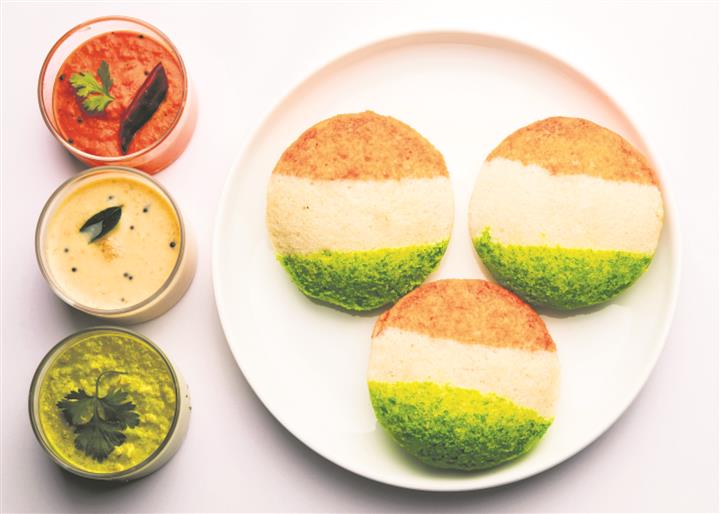 As we mark 75 years of our Independence, it’s natural for thoughts to turn to foods that define our identity and bear testimony to the unique syncretic genius of the Indian people.

Like any other major civilisation, cuisines of India provide a fascinating key to explore and appreciate our cultural heritage that celebrates diversity and has, for millennia, absorbed influences from all over the world and transformed these according to our needs and tastes. Indian foods have never ceased to evolve. What has changed dramatically since 1947 is the dizzying acceleration of the whole process.

Refugees from Pakistan spread out in different directions and introduced their compatriots to the joys of clay-oven cooking which, in undivided Punjab, had been a focal point of community life — the ‘saanjha chulha’. By the mid-1950s, ‘tandoori murg’ had become the pride of the nation

As the process of nation-building gathered momentum, people relocated within the land. New cities were planned and settlements sprouted, creating many mini- Indias in remote parts of the country where many tastes intermingled and coexisted. Interest was rekindled in regional foods like Awadhi, Hyderabadi, Rajasthani, etc.

Even the trauma of the Covid pandemic has not dampened the euphoria. The excitement at the global conquest, registered by signature Indian delicacies as well as robust rustic repast, has conquered alien palates across oceans. Chicken tikka masala has dethroned fish ’n’ chips in Great Britain and qorma and biryani have dazzled gourmets in different continents with their subtle aromatic seductions.

Tandoori delights, meaty and vegetarian gravies — saffron, white and green, and the rich repertoire of vegetarian cuisine has ushered in the moment when one can easily join the chorus of triumphalism, inspired by a patriotic song popular during the freedom struggle — “Jhanda Uncha Rahe Hamara, Vijayi Vishwa Tiranga Pyaara!”

Refugees from Pakistan spread out in different directions and struggled heroically to settle down and rebuild their lives. They introduced their compatriots to the joys of clay-oven cooking which, in undivided Punjab, had been a focal point of community life — the saanjha chulha. By the mid-1950s, tandoori murg had become the pride of the nation. It was ordered from famous hole-in-the-wall eateries to tickle the palate of state guests. The vegetarians acquired a taste for paneer, rajma, chhole-bhature, stars of Punjabi cuisine. It was not long before tandoori chicken spawned butter chicken in tangy tomato-based gravy — rich and scarlet hued.

Tikka and assorted breads — naan and kulcha — carved out a niche for themselves. This was a defining moment. Tandoor cooking was essentially home cooking that offered value for money. The accent was on fresh and nutritious meals prepared before your eyes. The intrepid refugees dispersed in different directions and changed the demographic profile of the Indian diaspora. Very soon, this ‘provincial’ style completed the journey from streets to the high table. It vied with the ‘Mughaliya’ culinary legacy as the taste of India. Deluxe restaurants like Bukhara became landmark destinations for the rich and powerful tourists.

The tidal tandoori wave that appeared to sweep everything in its way encouraged the non-refugees to reclaim their own heritage. Interest was rekindled in regional/ethnic foods like Awadhi, Hyderabadi, Rajasthani and sub-regional fare of different communities — Kayasth, Jains, Chettiyars. As the process of nation-building gathered momentum, people relocated within the land — not all ‘migrants’ were ‘refugees’. New cities were planned and settlements sprouted wherever the “temples, mosques and churches of New India” were being built. Massive dams, factories created many mini-Indias in remote parts of the country where many streams of taste intermingled and coexisted happily.

In the early days, ‘Madrasi’ was the blanket term applied to people hailing from south of the Vindhyas and Narmada river. But as bonds of friendship were forged, the difference between Tamil, Kannada, Malayali and Andhra delicacies came to be appreciated. The appeal of idli, dosa, uttapam and sambhar was no less strong than the tandoori preparations. These tiffin items were affordable, prepared before the customer’s eyes, tasted just like home and were served straight from the steamer or griddle. Very little oil was used. The entrepreneurs from Udupi popularised these fermented delights and, like the tandoor, contributed towards creating a pan-Indian taste. Today, one encounters tandoori delights as well as idli-dosa everywhere from Ladakh to the Andamans, Rajasthan to Assam.

In recent years, dhokla from Gujarat, pav-bhaaji and poha from Maharashtra and chhena sweets from Bengal and Odisha have been recognised as common heritage. Inevitably, the process of fusion has transformed many delicacies. Paneer has found its way into dosa and dhokla. Set thali meals now routinely include vegetarian and non-vegetarian items from different parts of India. Young Indians who comprise the majority of our population are aware of the diversity of foods and cooking styles within a linguistic state. What’s more important is that there is growing realisation that even the painful Partition hasn’t been able to fracture the unity of the ‘Republic of Taste’ or extinguish the celebration of diversity. The Indian National Anthem mentions people and regions, evoking images and refreshing memories of shared struggles, dreams and meals. ‘Punjab, Sindh, Gujarat, Maratha, Dravid, Utkal, Banga’. The list isn’t exhaustive, only suggestive but powerfully evocative — the words are stirring.

Let us not forget that for most of us, the words ‘independence’ and ‘freedom’ are synonymous. Freedom to eat what you wish to eat is no less significant and fundamental than freedom of expression and the right to live with human dignity. For hundreds of millions of Indians, political independence was the first step towards freedom from hunger and freedom from fear of famines. The years since Independence have witnessed the success of the Green and White Revolutions.

Though hunger and malnutrition still persist to haunt a large segment, it can’t be overlooked that the average Indian eats better and has a greater choice available. Many food taboos that shackled us no longer operate. (We must hasten to add that religious zealots, acting as food vigilantes, have emerged as a serious threat in the recent past). Globalisation has built new pathways for food to travel. Imports of fruits, dairy and meat products remind us of the days when India, situated at the junction of the historic Silk Road and Spice Route, enjoyed the bounty from Central Asia and South East Asia. Indian seafaring traders dominated the waves of the Indian Ocean for centuries before the Chinese had ventured beyond the Great Wall.

Pulao and samosa may well have come to us from Central Asian steppes but it is in the subcontinent that these were transformed into sublime aromatic, spicy delicacies. There are many other examples of synthesis and improvisation. Halwa was a gift from the Arabs and kebabs were brought by the Turks with them. We often talk of the Columbian exchange and ingredients introduced by the Portuguese and other firangis — chillies, potatoes, tomatoes, guava, tobacco. Surprisingly, we tend to forget the intra-Asia and intra-subcontinental exchanges. The marches of Imperial armies and pilgrimages performed by the pious have left a deep imprint on our eating.

There are many remarkable chefs who are aware and proud of their lineage and have constantly strived to not only keep alive but contemporise this rich tradition. Vineet Bhatia, winner of multiple Michelin stars, comes readily to mind. Manish Malhotra has given new meaning to Indian Accent and has inspired generations of younger chefs. Creative juices of Chef Saby Gorai (Lavash) and Thomas Zacharias (of Bombay Canteen fame) have nourished and inspired many.

Nishant Choubey is remarkable chef with impressive skills who has led the kitchen brigade at Indus in Bangkok to win a Michelin Plate and the Iron Chef contest. It wasn't easy to achieve this kind of success after the celebrated Chef Gaggan Anand had dazzled the city with his take on Indian recipes. Chef Manjit Gill has mentored generations and acted as the custodian of standards to ensure that the unique Ayurvedic roots aren’t destroyed. And how can one forget the original celebrity chef, Sanjeev Kapoor, who made home chefs aware of the riches that were accessible and waiting to be reclaimed! Trendsetting Zorawar Kalra has worked hard to position contemporary (fusion and avant garde) Indian food as upmarket haute cuisine.

As the Tricolour is unfurled from the ramparts of the Red Fort and the united colours of Indian Independence — saffron, white and green — dominate the sky, our thoughts return to the colourful repast and the story of continuous evolution of Indian cuisines.

The pandemic has hit the food business hard. We all know about the loss of livelihood caused by various lockdowns. Hotels, restaurants and dhabas are slowly limping to normalcy. It will be a long time before recovery will be complete. People confined within the four walls of their homes were constrained to fend for themselves. Dining out wasn't an option any more, even for those who could afford it. This marked the dawn of ‘contactless delivery at doorstep' and takeaways from home kitchens that sprouted in the neighbourhood. Gender-bending roles in kitchen were discovered.

This was the time to experiment with convenience foods, ready-to-heat-and-eat. Pre-packed masalas for myriad qorma and achari gosht were best-sellers. The trend, however, had started earlier with 'Pakistani' spice blends such as Shaan, National, Kohinoor, etc. ITC and MTR were pioneers to give a new lease of life to 'classics' from the traditional kitchens of India. ITC has recently come out with master-chef gravies, free from artificial colours, flavours and ingredients. The home cook is spared all the drudgery of peeling, slicing and grinding. Even oil doesn't have to be added. And when you factor all this in, realisation dawns fast that these are quite cost-effective. At present, only three flavours are available — makhni, shahi and qorma. Their hues are pleasant crimson, creamy white and golden yellow. Both vegetarian and non-vegetarian delicacies can be prepared easily. We have a strong feeling that soon other players will enter the arena with matching products offering greater variety. The consumers should rejoice. The unintended impact of the pandemic is likely to further accelerate the evolution of Indian food and liberate the cook from backbreaking chores.