A tale of 250 yrs: From Bagh Akalian to Akali Market & now, a multi-storey inn

The market was constructed in the 1930s to generate revenue for the Akal Takht. 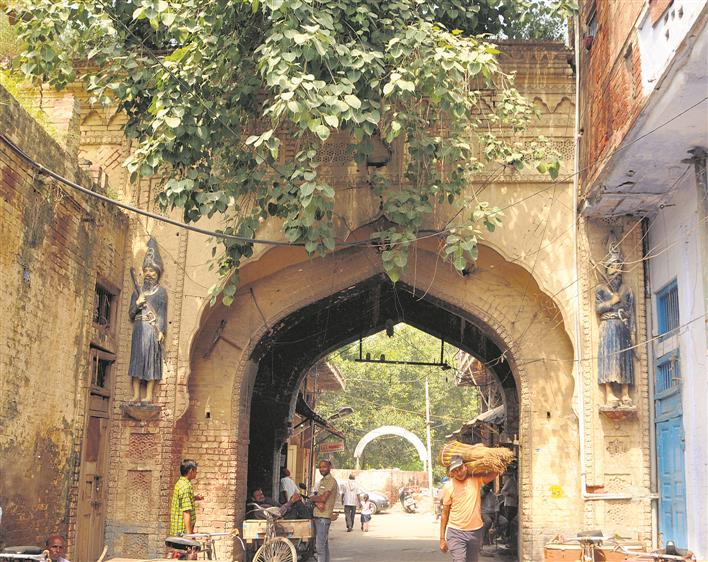 A few metres away from the Darbar Sahib complex, the market has over 100 shops and most of the traders deal with iron and steel. Both market and Bagh Akalian are neglected by the Shiromani Gurdwara Parbandhak Committee, which is the custodian of the property. Photos: Vishal Kumar

The historic Akali Market which was once one of the most visited places in the holy city lies in utter neglect now.

The market was constructed in the 1930s to generate revenue for the Akal Takht.

A triple-storey ‘deodhi’ in the chowk of Paparan Walla and Misri Bazaar, still manages to attract visitors, but the inside picture of the market and the Bagh is disappointing.

A few metres away from the Darbar Sahib complex, the market has over 100 shops and most of the traders deal with the iron and steel. Both the market and Bagh Akalian are neglected by the Shiromani Gurdwara Parbandhak Committee (SGPC), which is the custodian of the property. Shopkeepers alleged that the SGPC wants to get rid of from the 90-year-old tenants to fulfill its desire to construct inns and rest houses.

Shopkeeper in the market claimed that the place used to have a glorious past.

Shopkeepers claim that roads outside the shops remain filled with the debris and garbage. There are no arrangements to drain out the rain water, they said. 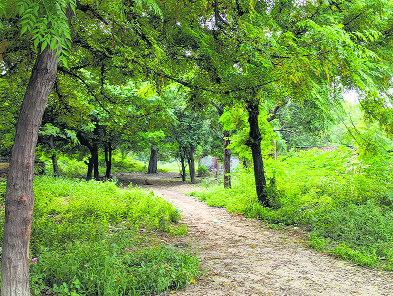 Before the annexation of Punjab by Britishers, the city was known for its beautiful gardens and ponds. Anand Gabha, in her book “Amritsar, a study in Urban History”, mentioned that Bagh Akalia was attached to Akal Bunga (Akal Takht). The Bagh was one of the most prominent gardens in the city. It was also shown in the map of 1849 prepared by the British administration. The Bagh was developed in the Misl period and later renowned Sikh warrior Akali Phoola Singh used to take care of it. Later, the garden became the assembling point for the Akalis activists, who used to take part in the ‘morchas’ (political movement against British rule) during the early nineteenth century. 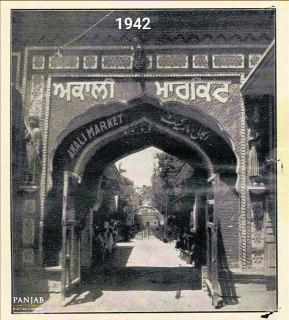 After taking possession of gurdwaras from mahants in 1920, the SGPC was formed to manage historical Sikh shrines in the country. The Bagh Akalian belonged to the Akal Takhat. Dr Joginder Singh, a historian and former head of history department, Guru Nanak Dev University, says: “There were not many income resources to gurdwaras soon after the Akalis took possession from the mahants. Then, Akal Takhat Jathedar Mohan Singh Nagoke took the initiative and constructed a big market in Bagh Akalaian in the late 1930s.”

The SGPC is making efforts to construct a multi-storey inn with a parking facility adjoining the Bagh Akalain but to no avail. On April 23, SGPC president Gobind Singh Longowal again laid the foundation stone of the Mata Tripta Niwas, which has been dedicated to the 550th birth anniversary of Guru Nanak Dev. Spread in an area of five acres, the new inn with 1,000 rooms has been proposed in the market. Earlier, the SGPC kept an amount of Rs10 crore in the 2018-2019 budget to carry out the first phase of the project but it could not take off as a dispute arose with tenants who had moved court.

My father was the first tenant in the market when it was established. We are earning our livelihood from this small shop for the past 90 years. Earlier, the Bagh was managed by the SGPC. There were mashkis (persons for watering the plants) and gardeners were deployed. The SGPC used to take care of market. Now, the garden and market has turned into garbage dump. — Vaid Parvesh Kumar, a tenant at shop number 1 at main Deohri

Most of the traders have left, but they still claim possession on the shops. Now, the SGPC is forcing us to leave. SGPC officials deliberately dump debris and garbage on the roads. There is no sewerage system inside the market and even the Municipal Corporation can’t help as it is private property. — Joginder Singh (80), an iron wire trader in the market