All charged up for electric scooters

Only 1.43 lakh electric scooters were registered in the last financial year, but Ola’s entry is being seen as game-changer. As Centre pushes for the electric-vehicle shift, the industry seems ready, but are the customers?

When she bought her electric two-wheeler for Rs 70,000 last year, Chandigarh-based homemaker Muskaan (40) was sceptical. A year later, she calls herself the “happiest” commuter. “The electric vehicle (EV) is noiseless, pollution-free, smooth and I am insulated from the fuel price rise. Yes, I can’t go beyond 25 kmph, but so what?”

For Muskaan, the operating cost comes to Rs10-15 for every 60 km, but then hers is a low-speed EV. The average user cost for the more expensive high-speed e-scooter is Rs 20-25, against Rs 90-100 for the petrol variant (run on an internal combustion engine or ICE) . 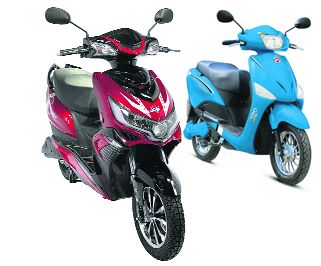 “Rising fuel prices, increasing pollution and the government’s goal of having an all-EV fleet on Indian roads by 2030 is evoking interest among the masses,” says Jeetender Sharma, founder, Okinawa Autotech, among a handful of major players in the electric vehicle space along with Hero Electric, Ather Energy, Bajaj Auto and TVS. The total number of e-scooter registrations in the 2020-21 financial year, according to the Ministry of Road Transport and Highways, was a mere 1.43 lakh, a tiny chunk considering that 65 lakh scooters are sold every year. Two-wheelers, in fact, constitute nearly 80 per cent of vehicle sales in the country, with motorcycles leading the way.

However, Amitabh Kant, CEO, Niti Aayog, is confident that two-wheelers and three-wheelers would emerge as torchbearers of the early-stage electric vehicle adoption. It will reduce the country’s energy dependency and make it an export hub, he adds. The focus, thus, has to be on right pricing.

On August 15, Ola Electric launched two scooters (S1 and S1 Pro) at prices starting at Rs99,999 (excluding government incentives, registration fee, and insurance cost). It plans to produce one crore EVs a year, with an initial investment of Rs2,400 crore.

In states with active subsidy grants, Ola S1 will cost even less than many petrol scooters. For instance, in Delhi, the S1 would cost Rs 85,009, and in Gujarat Rs 79,000. The scooter has a commute range of 181 km in a single charge. Both the Ola models are likely to hit the market by September. CEO Bhavish Aggarwal says the Ola models are designed in India for the world and will “deliver the best scooter experience to the consumer”.

With aggressive pricing and the charging infrastructure that it claims is being created, Ola Electric is set to disrupt the world’s largest two-wheeler market, say analysts.

The same day, Bengaluru-based EV startup Simple Energy launched its first electric scooter, priced at Rs1.1 lakh (ex-showroom), which boasts of a range of 236 km on a single charge in Ideal Driving Conditions (IDC). The scooters will be manufactured in Hosur, Tamil Nadu.

Hero Electric, the largest e-two-wheeler seller, had ventured into the EV sector 14 years ago. Now, India’s largest two-wheeler company Hero MotoCorp, too, plans to launch its first electric scooter by March next year. International big names like Honda, Yamaha and Suzuki Bergman are also set to market their electric models.

According to Bhavish, two-wheelers in the country consume 12,000 crore litres of fuel every year and are responsible for 40 per cent of air pollution. “Electric vehicles are more efficient and sustainable.” In terms of the total cost of ownership, he puts the EV to be 40 per cent lower than the petrol vehicle in a four-five year cycle.

Besides rising petrol prices, the incentives by the Centre and state governments are expected to drive the EV demand. Recently, the demand incentive has been increased to Rs15,000/KWh from Rs10,000/KWh, with an increase in cap from 20 per cent to 40 per cent of cost of vehicle. Also, 18 states have come up with their own EV policies, which include no registration charges and exemption from road tax.

Battery forms the backbone of an EV, constituting 40-50 per cent of the cost. India requires nearly 1,200 GWh of batteries for usage in EVs, consumer electronics and storage. Recently, the Centre launched a scheme for manufacturing Advanced Cell Chemistry (ACC) batteries with an outlay of Rs31,600 crore till 2030.

Experts say the business environment may not be entirely conducive today, but the industry will eventually migrate to EVs. The question is, how soon? It all depends, they say, on the battery tech development.

How an electric scooter works

On rechargeable batteries, lead or Lithium types. The battery (portable ones have come too) can be charged at home or at a public charging place, using a charger that comes along with the scooter. The average charging time with a normal charger is 4-6 hours. A supercharger takes less than an hour.

NO SUBSIDY IF LOW-SPEED 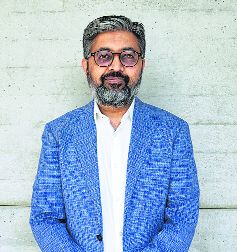 How would you describe the electric two-wheeler scene in India?

There are over 124 companies in India making EVs today. Many new players have entered the market, increasing traction. Restructuring of EV policies has helped to drive more attention to the segment. The overall sales number last year though was lower than what the industry sold in 2019-20 (owing to Covid lockdowns).

How do you see the future of the e-two-wheeler market in India?

The policies the Central and state governments are rolling out will help push the adoption of e-scooters. From localisation to a drop in battery prices, it will help bring down the overall cost of ownership. We expect the electric market to be 10-20 per cent of the combustion engine market in five years.

Sales figures over the past four years have been growing exponentially considering the overall market size, from 40,000 units in 2017 to 170,000 closing this fiscal. Even at the base minimum conversion of 10 per cent, the market will expand to 20 lakh units per annum by 2026. With a little bit of a push and more favourable policies, this number could expand to 20 per cent.

As we see more and more players, it will only help the industry grow and create the much-needed awareness for the segment.

What are the reasons for the slow adoption of electric vehicles?

The government’s push to enable faster EV adoption through subsidies and tax benefits is sure to steer the growth. Battery cell and motor manufacturing and charging stations infrastructure are critical in the near-term and knowledge capacity building in the longer term. The EV ecosystem needs to advance in three areas: lowest cost battery packs, creating battery raw materials feedstock through recycling to ensure geo-strategic independence, and domestic intellectual property and manufacturing for a seamless supply chain. To build a robust EV ecosystem, India needs enhanced manufacturing capability.

Lower investments in R&D and expertise in lithium-ion technology have been key concerns. Demand for lithium-ion batteries is likely to outpace lead-acid batteries by 2025. The government needs to formulate policies to encourage domestic manufacturing of battery cell. 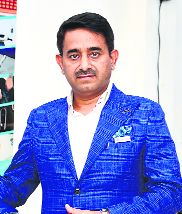 Founded in 2015 by Jeetender Sharma, Okinawa Autotech is one of India’s top-selling electric two- wheeler manufacturers. As of 2021, the company has more than 90,000 electric scooters running on the road. Excerpts from an interview:

The industry must promote domestic manufacturing of EV batteries and work with govt. They have some distance to go before infrastructure and technology fall in place. — Jeetender Sharma, Founder, Okinawa Autotech

Can we see in the near future any electric scooter from your stable which would be at par with ICE scooters in terms of pricing?

With the market for electric vehicles revving up, it is also going to be cluttered with options for customers. We have aggressive plans in terms of business expansion. We’ll soon be launching a one-of-its-kind high-speed scooter, named Oki90. Our new and larger manufacturing facility will further support our growth in key regions.

Why is every other player betting big on electric vehicles?

Rising fuel prices, increasing pollution and the government’s message is loud and clear — and in line with its stated goal of having an all-EV fleet on Indian roads by 2030. By making the shift to electric vehicles, India stands to benefit on many fronts: it has a relative abundance of renewable energy resources and availability of skilled manpower in the technology and manufacturing sectors. Also, 100 per cent foreign direct investment is allowed in this sector under the automatic route. As a result, there is heightened interest.

What are the reasons for the slow adoption of electric vehicles?

Interest in the adoption of EVs is growing steadily, but the actual adoption seems to be quite slow. We think that upfront costs and lack of confidence in EVs will have to be brought down by a combination of measures — the industry must promote domestic manufacturing of EV batteries and work with the government to ensure this is implemented. They have some distance to go before infrastructure and technology fall in place.

There are anxiety issues that need to be addressed and the benefits of electric scooters also need to be explained to people.

How do you see the future of electric two-wheelers and four-wheelers in the country by 2025?

The Go Electric campaign launched by the Centre has paved the way for several states formulating policies that encourage the end-users to adopt EVs. As a result, states like Delhi, Goa, Maharashtra and Gujarat have announced dedicated EV policies.

The government has announced that it will set up 69,000 EV charging stations across India. The competition in the Indian EV space has just begun.