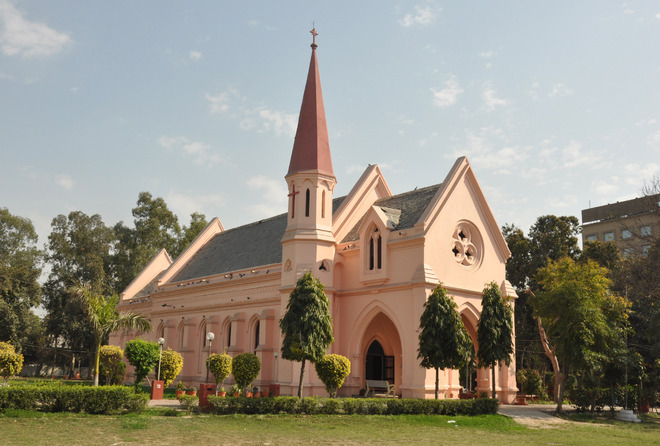 A view of the St Paul.s Church in Amritsar.

The British changed the face of the city by constructing various edifices, many of which are still unscathed. Tribune correspondent Charanjit Singh Teja and lensman Sunil Kumar uncover the incredible signs of architectures’ longevity:

During the British rule, the city witnessed significant growth, in terms of infrastructure. Large buildings were constructed inside the walled city and outside from the Circular Road. Immediately after taking over the city, the British started raising European style of architecture. They demolished gates and boundary wall constructed by Maharaja Ranjit Singh. Three years after annexation of Punjab, they constructed mission school in Bazaar Kaserian in 1852. About a decade later, the Clock Tower (Ghanta Ghar) was erected in the north of Darbar Sahib. It was later removed after opposition from Sikhs.

It was an elite church meant for the British officers and soldiers near Rialto Chowk. Its building is still intact and also one of the tourist attractions. In 1859, Amritsar became the Commissioner’s headquarter and heads of various departments shifted here. The district court complex was constructed in 1876 in the triangle-formed Sialkot Road and cantonment. The main building of the DC office is being renovated and would be preserved. 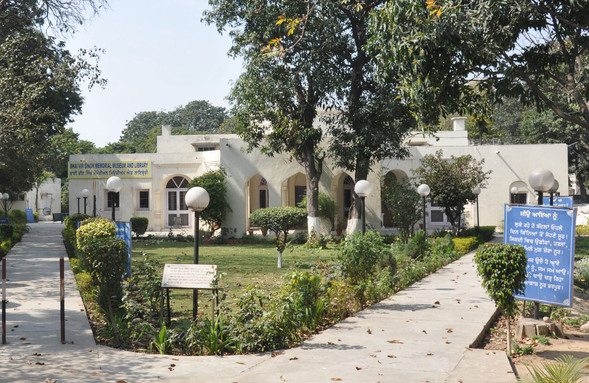 Residence of eminent Punjabi poet, novelist and scholar Bhai Vir Singh Niwas is located on Lawrence Road. The house was constructed when planned localities were developed on both sides of the Lawrence Road. As of today, the house has been converted into a museum-cum-library. The Lawrence Road is also named after the poet. 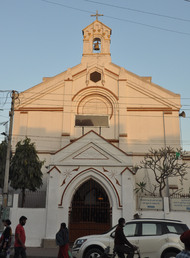 It is located adjacent to Ram Bagh Gate and constructed in 1864. The church was for native Christians as British used to visit other church on the Court Road. The church was expanded in 1866, 1875, and then 1880 to accommodate more visitors. It was attacked in 1919 before Jallianwala Bagh massacre. 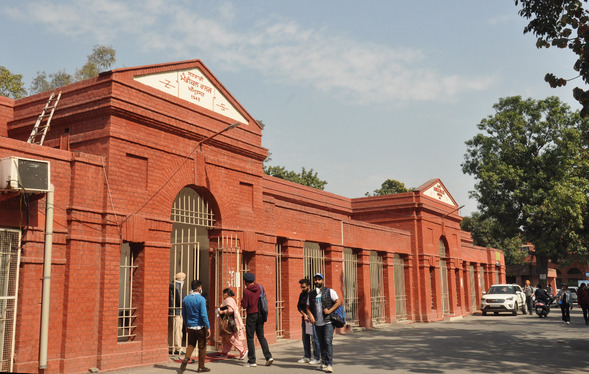 The municipality of Amritsar erected this hospital during the year of the reign of the Empress Victoria in November 1891. Later, Civil Hospital, Maternity Hospital (1924) and Skin Hospital were also constructed on the same premises. A major portion of the hospital has been leased to a private firm, which is constructing a hotel on the site. 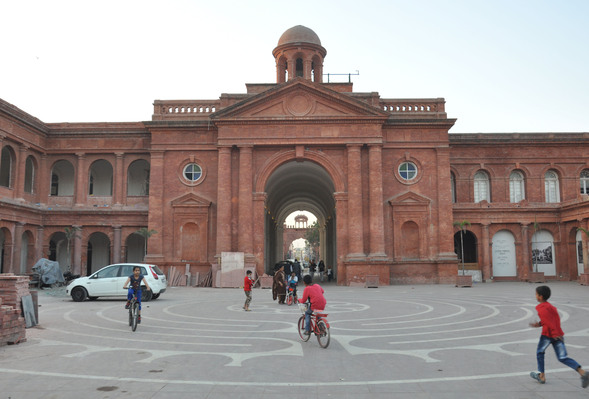 The first European style building, which exists in all commonwealth courtiers, constructed in 1863-64. It acted as nucleus around which the other buildings meant for administrative purposes were constructed. The statue of Queen Victoria in pure white marble was established in front of the building (Malkabutt Chowk) in April 1887, which was removed by the government in 1970. The Municipal Committee office was remained in the Town Hall building till 2016, before shifting to a new site at Ranjit Avenue. The Municipal Library is still in the same building. A large portion of building is handed over to Partition Museum and rest is being renovated to establish ‘Food Street’. 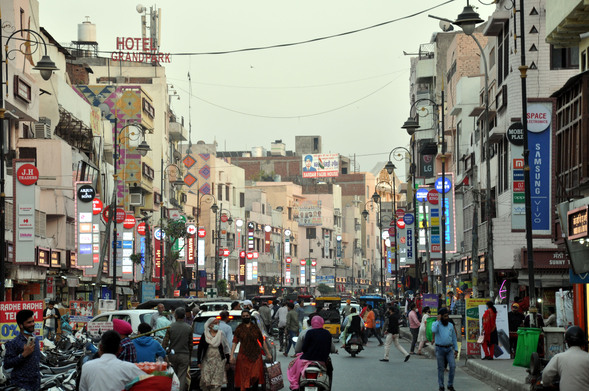 It was the first broad carpeted road from Town Hall to Hall Gate constructed by the British. The area belonged to a jail, but shifted outside the wall in 1875. The shopping centre has been developed on both sides of the road. The bazaar grew up as an elite market and still is centre of attraction for tourists. The state government has been renovating the facades of shops to maintain its old glory. 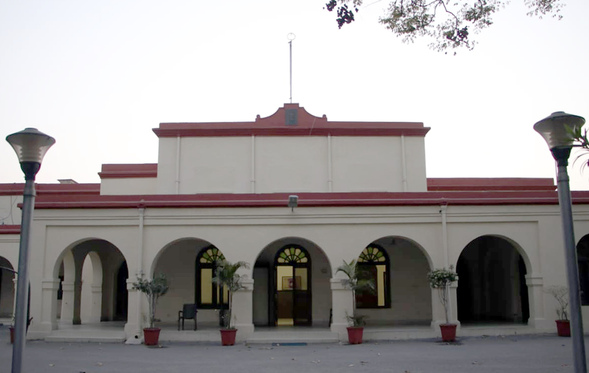 The British government dug 40 wells in the east of the city in 1904 and later converted these into tubewells for direct supply to the distribution system for tap water supply. Amritsar municipality got an advance loan from the Central Government in 1902 for the waterworks in the city. It was the first time, when the city residents got tap water supply. The Chali Khuh project became functional in 1904 but the supply was scanty and could not satisfy the need of half of the people. A lot of efforts were made, like in 1918-19 some tubewells were added to improve the capacity. It has been restored under the National Heritage City Development and Augmentation Yojana (HRIDAY). The government has spent Rs5 crore on the project with an objective to attract tourists but failed to implement the plan.

The railway line was constructed in 1907 by the North-Western State Railway with a station outside Bhagtanwala Gate in South. It used to act as chief loading and unloading centre of grains. Grain market and several agro-based factories established around the station.

The school was founded in 1878 for the education of girls. Initially, daughters of British and upper strata of native Christians could study but later it was opened to all. The first girl, who matriculated from Punjab, was from this school.